TRENDING NOW
Brandon Hutcheson “Don’t Say” | Algorhythm – ‘Slipping’ | Horoscope 2021 – the Year Ahead | “No Be Mouth,” the new single from JTK (feat. Tunji) | Self Made EP by Sprockets | The Brothers Union’s Pain and the Opposite LP | Too Bright to Fade Away EP by troubadour Reed Waddle | Liam Mogan – “Sixteenth Summer” | Nadia Vaeh- “RiSE” | Paul Mark & the Van Dorens’ release “Gravity” | 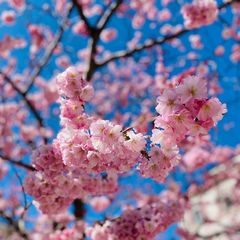 Today, we are speaking to Saint Mars. Can you give us a little background information about yourself? How did you get into music?

Tryzdin: I got into music at a young age, I started singing when I was 2 years old. Singing really helps me calm myself and really discover who I am as a person… without music I would be lost. Music runs in both sides of my family so it wasn’t too unusual that I came to be a singer. I am the youngest of 5 kids; I have 3 brothers and a sister. All of my other siblings play sports but that wasn’t for me. I spend my time at the piano writing and singing songs for the people in the world who may need it. I really hope that one day my music can be heard around the world.

M.D.: I came to music in my late teenage years, growing as a fan of artists like Kate Bush, The Cure, Nine Inch Nails and…The Beach Boys, so quite eclectic! I’ve always had a preference for melodic and melancholic music, but I also had that attraction to edgier, heavier sounds.. And I think you can hear that influence in our current single “Help” !  I have been collaborating with different artists, including Masterlast, a metal band from New York signed on a Swedish label during the Nu Metal era…But then I felt the need to write my own music.. And this is how Saint Mars came to life. I was pretty lucky to see the music of Saint Mars being supported by Angelo Bruschini, guitarist of Massive Attack, who plays on a couple of songs of our forthcoming album, “Boys Never Cry”. Massive Attack is one of my favorite bands ever and I couldn’t believe I was having their guitarist interested in my music !  From there, Saint Mars has developed into an international outfit, with members from the US, UK and Switzerland…and a 15-year old singer…so quite an unusual band !

Help is your newest single. How has critical and popular reception for the track been since its December release?

M.D.: In nearly two months, so many things happened with that song, including features on great magazines like Music Week and Clash Magazine, more than 200’000 streams, more than 200 playlist placements on Spotify and radio airplays on nearly all continents and major countries. It seems that we are doing better with each track and getting more and more attention, which is really encouraging. Also Tryzdin has matured a lot since our first single with him in 2018, and his voice is evolving constantly. He’s now taken very seriously, to the point most industry professionals believe he’s in his mid-twenties !

How did the collaborations with Tryzdin (reviewed here) come to be?

M.D.: As our first album is centered around the true story of a young victim of bullying, I was looking for a young voice for one of the songs on the album (“I Am The Sea”), to give more authenticity to the music….As I couldn’t find anybody where I lived, I started to search on YouTube….and the first one who popped up was a 11-year old boy with that weird but beautiful name: Tryzdin, from Columbus (Ohio). He was singing a cover of Hello by Adele – a video that had gone viral one year earlier. I immediately felt he was the one I was looking for. It took me several unsuccessful attempts to get in touch with him. I almost gave up but I could finally reach his mother through his Facebook page. I went to Columbus twice to record him…we were supposed to make only one track together, but that one turned into 5, then 10 and we haven’t stopped since then. I learned later that he was also a victim of bullying, which has made our collaboration even more meaningful.  He was only 12 when we started working together, which speaks volume about his talent.

In a related vein, how did the vibe differ from an effort purely including Saint Mars, a song with solely Tryzdin, and a multi-part collaboration like Loveghost?

Saint Mars is a collective built on the same kind of model as bands like Massive Attack or Unkle, with some permanent members and some featured artists. It is nowadays mainly centered around me, Tryzdin and long-term collaborator and co-writer Julius Conrad (from Cardiff, UK). But we’re evolving constantly and multi-part collaboration is always happening in some ways. For Help, we had the chance to work with incredible musicians, such as Brent Paschke (Pharrell Williams/N.E.R.D. guitarist) and Robert Brian (Siouxsie, Simple Minds, Goldfrapp drummer), and UK producer Aubrey Whitfield, one of the rare female producers in the UK.

Tryzdin : I have an extra bedroom in my house that we transformed into a studio with the help of M.D.. It’s very simple, just a desk, a Mac, audio plugin, a keyboard, a mic, and a homemade booth.

M.D.: Like Tryzdin, I have a home studio in my house…It’s minimal as the wall of synths of the past have disappeared and mostly replaced by software….very close to the Billie Eilish/Finneas kind of “bedroom” set up.  I still have some hardware synths, though, and I mostly record vocals though a couple of decent Shure and Studio Project mics and an UAD Apollo Interface. But no room treatment, no vocal booth or anything like that. I believe in the power of simplicity…I believe in tools that are simple and sound great, like UAD plugins and Nord keyboards in the hardware world. I also have the chance to use a Sequential Prophet 6, which is really phenomenal.  In the software world, Melodyne, a special editing tool for vocals, is my secret weapon. Also, I have tons of plugins but always end up using only a few of them ! I don’t think you need a lot of things to make good music.

Tell us a bit more about the music you’re working on this winter. How’re they different than earlier tracks like Loveghost and Somewhere Somebody?

Tryzdin : The songs we are working on now are more of a rock/pop vibe much more like Help.

M.D.: Yes ! Lately, our sound has evolved dramatically, crystalizing in a more defined style… In the beginning, the press was focusing on the baroque influences (which were particularly obvious on a track like “Boys Never Cry” on our first EP) and the Massive Attack “connection” (due to the involvement of their guitarist, Angelo Bruschini). We are now mostly classified in the 80’s/New Wave revival movement, with that kind of lush, gorgeous, rock-pop sound similar to bands like Panic at the Disco, Empire of the Sun, Tame Impala or even MGMT. Tryzdin has a voice reminiscent of Brendon Urie, with his impressing ability to belt on almost anything since a very young age ! And with the new songs we’ve been working on, especially our next single “Pacific State”, we are venturing into that direction even further and it has clearly become our identity, as I feel like a kid from the 80’s. Our producer Aubrey Whitfield is 80’s pop oriented, so we are in good company !

Tryzdin : The artists that I look up to the most in music are Billie Eilish, Lewis Capaldi, Panic at the disco, and Finneas. If I had the chance to perform with any of these performers, it would be, without any hesitation…Billie Eilish.

M.D.: For me, mainly the Beach Boys for the vocal harmonies…The voice is my main instrument, mostly because it is the most expressive and emotional way of conveying music and to share our message… I always ask Tryzdin to do ad-libs (i.e. vocals improvisations) for all the songs we’re making together. It is especially obvious on our forthcoming single “Pacific State”, where the ad-libs actually turn into one of the main instruments of the song and give it a strong identity. I’m also a big fan of Lizzo. It took her ten years to break through and her story is so inspiring. I would love to see her and Tryzdin sing together in Saint Mars !

Tryzdin : Listeners can expect a lot of upbeat music heading their way. Also a solo album release by me.

M.D.: Absolutely ! With a lot of surprises and great music, since we will be releasing a full album this year, with new videos, as visuals play a very important part in our music.  The “anti-bullying” aspect of our message will be even more obvious with our album “Boys Never Cry”…it’s like singles we’ve released so far have been some pieces of a giant jigsaw that will reveal itself fully with the album.

M.D: We invite your readers to follow us on our YouTube channel (Saint Mars Official) and also on Spotify (Saint Mars), where they can find all our music. We are also active on Facebook (@SAINT.MARS.OFFICIAL), Instagram (@SAINT MARS), Twitter (Saint Mars) and Soundcloud (Saint Mars).

What does the first half of 2020 hold for your music?

M.D.: A couple of single releases, starting with “Pacific State”, featuring as on “Loveghost” Bristol rapper Jethro Alonestar Sheeran.  “Pacific State” will be accompanied by an epic video entirely shot in the Swiss Alps by Bristol-based directors Walkmanstudio, in mythic places that allegedly inspired Tolkien for the Lord of the Rings. So expect something unusual…

M.D.: Follow your dreams and don’t be afraid to be who you are. The world doesn’t need copies of current pop idols.. What you are able to bring to the world, nobody else can. Persevere in a good way, change what you have to change, but never give up,  because you never know how close you are to achieve your goals. Enjoy your journey, as you never really fail, you are just learning…And be sure that your weaknesses can turn into your main strength…it took me years to fully understand it !