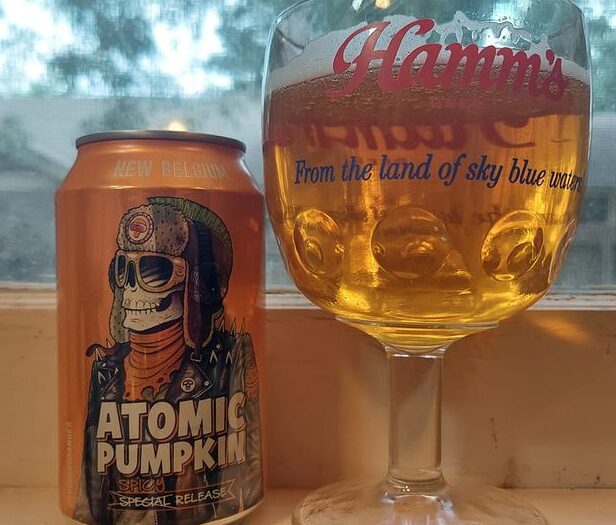 The beer pours with a bright orange color and only the smallest amount of off-white head. The inclusion of chilis into a pumpkin beer is amazing as it provides a crisp body and just enough in the way of fire to keep things energetic from one’s first sip all the way through the end of the brew. While New Belgium’s latest season is undoubtedly assertive enough to keep imbibers warm through the beginning of fall, I find that the beer has more than enough in the way of complexity to work well with a bevy of distinct cuisines. Whether it be charcuterie or strongly-flavored cuisine, Atomic Pumpkin’s heft is enough to add complexity to whatever it is paired with.

Where the typical play for cinnamon and chilies is to place them in a thicker, sludgier brew (think a pastry stout), the presence of these adjuncts spins the pumpkin ale into a bold new fashion. Hopefully this experimentation will continue through towards subsequent seasons – I know I’d love seeing New Belgium release Atomic Pumpkin with a different constellation of peppers. Think about the smokiness imparted by chipotle peppers or if the brewery worked alongside growers to bring in Moruga Scorpions or ghost peppers to the party. One’s palette will become used to the burn after a few minutes, allowing for the traditional pumpkin spice elements to creep on a bit. I’d be lying if I said there wasn’t just a bit of sweetness that pokes through before the end of each can. This is one dense and intense brew, something we’ll have on our shelves throughout the entirety of the Halloween season. Hope you can find it in your neck of the woods.