Meghan Krauss “This is Gonna Hurt” 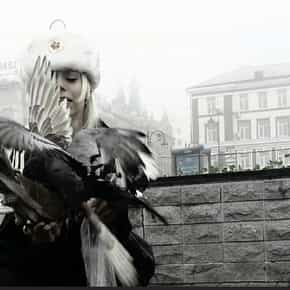 “I went back to the garden / The place we used to go / But everything was different / No flowers, only snow,” Meghan Krauss tells us in “This is Gonna Hurt,” and despite the pain in her retrospection, the drive she’s got at the mic is something to be marveled at here. Krauss brings a lot of her Seattle roots into this all-new single and its lyric video, both of which are out now and making a lot of positive waves for her budding young career. Her lyricism is spot-on, her execution is stunning, but above all else, her attitude is one that immediately made me think of the iconic singer/songwriters to have come before her.

Krauss is searching for an impossible catharsis in her verses, which in turn spotlights the yearning in her voice as the emotional center of the composition. Her tone is moody, but her actual construction of the narrative is fluid and consistent. I think that she would sound just as good singing something a little less intellectual by design, but given the fact that she’s able to croon something so linguistically stimulating without having to abandon any of the melodicism she would be able to indulge in were she simply harmonizing with a guitar or piano, I think more folks need to be talking about what she’s done in this project. “This is Gonna Hurt” has a deceptive title, being that its contents are quite pleasurable no matter what kind of taste in contemporary pop you’ve got.

I think it’s plain to see that Meghan Krauss isn’t holding back here, but I also would place a pretty heft wager on the notion of this being but a fraction of the skill she could bring to the stage in a live performance. The way she lays into the chorus alone makes me want to see what she can do in front of a large audience, and where some might liken her sound to being that of an old-time lounge singer, I think there’s enough in this piece alluding to her showmanship as to make it known how great a depth she’s in possession of. There’s no limit to what she can do in ideal circumstances, the best of which are going to come her way with this continued dedication to the music.

2020 and 2021 have surprisingly offered us an interesting chapter in the history of alternative singer/songwriters, but I don’t think there have been nearly as many vocal-centric players like Meghan Krauss winning the love and approval of critics and fans lately. Krauss has it all – the voice, the rhythm, even the sharp lyrical attack we’d never see coming from a mile away, and while she isn’t being excessive with the surreal componentry in her sound (as a lot of her contemporaries would), that’s part of her charm. This artist goes her own way, and if you stick around, you’re going to see her become unstoppable in the next few years.