Hello, Daniele. You have a new EP that is coming out, DarkStar. What significance does the single hold for you?

The album DarkStar EP is the extension of Sonometrìe, the album previously published. The two works are both accrued from performances for the show of Sonometrìe. A work of interaction between dance, sound and polyphonic singing. Where the tradition of ancient music and dance was reworked into contemporary forms. With DarkStar EP I hope everyone understands better the kind of work that has been addressed for this performance. 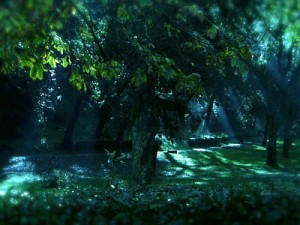 It’s always difficult to analyze the creative process. Often the method of working is different from album to album, or even between a song and another. In this case, the approach has been to schedule a choice of electronic effects and decide a route to use them in real time. The computer is only used subsequently in the final editing stage for the creation of the master. It was a creative process between randomness and improvisation.

How does the process of arranging music change from your own compositions to writing music for a film?

I come from the study of classical piano music and I was used to listening to symphonies before the songs and this led me to have a natural aptitude in terms of descriptive music. But I soon learned that a sound was as important as a note played. So for me there is not much difference between compose a song or any other musical form. Is always sound.

The list would be endless. For me all forms of music have had and continue to have importance. My choices are between Brian Eno, Talk Talk, Radiohead and everything in between.

The ambient mix and full-length ambient mix of Darkstar are 6 and 12 minutes respectively. How do you feel the additional length changes the song?

The original version of this song lasts just four minutes, and it is in Sonometrìe. The first variation of Darkstar was the full-length mix ambient. I played with dilation of time discovering that struutura melodic not lost, contrary to what usually happens in these cases, even the melody was much more interesting. The version 6 minutes Darkstar was made to be able to be used with a choreography of contemporary dance. The title of the choreography is “Say it or not” and is created and danced by my wife Deborah Messina. Of the three versions of Darkstar this is my favorite.

You are from Rome, which is one of the best cities for up and coming performers. How has your music expanded throughout the world?

I do not think there are better places to another to make music. And problems, in musical terms, Rome are the same as London. As a meeting place has moved to the network. This way I can reach more people with different tastes.

Social networks and other services offered by the Internet have expanded the opportunity to meet and discuss. And this is an opportunity for exchange in any artistic field. But when it comes to playing I prefer to interact in person with the other musicians. As for the fans do not think there are different types of users online and offline. There are only people who know how to be fairly good and educate and others that are not. That’s it.

You have some big things coming up; what does the rest of 2015 hold for you?
How can individuals find samples of your music?

There are several ongoing projects. Later this year I will have to publish two soundtracks, and a work of music for ballet created specially years ago for a dance company. With the new year should be published my collective musical project with Gentlemen Of Nothing. To find me just look for me between Bandcamp, iTunes, Spotify and more.

The hope that I make to the readers and to always go to the discovery of new horizons.