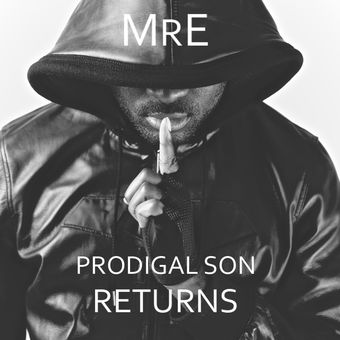 Today we are speaking with Bronx’s own MrE. Your current release is the Prodigal Son Returns EP. What significance does the EP’s title hold for you?

Prodigal Son gets its name from the bible story about a boy who spends all his money, given to him by his father, on anything and everything till he becomes broke and had no choice but to literally eat with pigs. Then he made a grown up decision that he would go back to his father’s house despite his shame. So he goes back expecting his father to be ashamed of him yet, on the contrary, his father welcomes him back, thanking God for his safe return and throws a big party for him. The boy’s brother gets upset with his father questioning how he cannot chastise his wayward son for wasting all his money. The father just explains how he’s just glad that his son was once lost and now found, so to speak. So, in a way, I’m the Prodigal Son because I had a 3 year absence from Hip Hop because nothing was really popping off for me. Then I made a bold decision to return to Hip Hop since I found that Hip Hop will always be a part of me and I can’t escape it. So now I’m back with an EP with a fitting title, once lost now found due to the fact I’m a lot more wiser about this business than I was years ago and I have a better understanding of what it takes to succeed. I’ve grown a lot and matured. 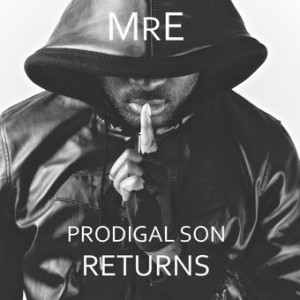 There is a wider story being told with Prodigal Son Returns. Can you provide us with a little back story about the narrative which you are telling?

For those who may have heard any of my past projects prior to releasing the Prodigal Son single on Halloween last year, they may notice a bit or more of a far outcry between them and Prodigal Son because, first of all, Prodigal Son is my first profane record yet. Prodigal Son is a sign that I’m no longer the same as I was; I’ve changed, transformed. I’m now the Dark One. I’m not as tolerant of much as I used to be, I’m more forceful, I’m back with a vengeance. I ain’t playing around anymore. These are all the messages I’m conveying to listeners through Prodigal Son with the use of word play, metaphors and such. I decided to release Prodigal Son Returns as a desire to put it back out there how I really wanted, with a better mix, the remix, the instrumental of both and the original cut.

Lyrics and beats come to me in puzzles. One day I hear some original lyrics in my head then I either memorize or write it down ASAP. Then more lyrics come, then another, then another. When they finally stop coming, I attempt to put them together but of course they don’t really fit together at first. So then I attempt to fill in the blanks to make it all come together. Then the melody comes then I have to play it over and over in my head until I’m able to lay it down. Then I book studio time within the next few days or couple weeks, reciting my lyrics to my instrumental, making tweaks wherever necessary. The inspiration comes from just about anything, really. It could be from people I’m cool with as well as not cool with, something I saw on TV or at the movies, something I heard on the radio or elsewhere, daydreaming, past reflecting, etc. It’s hard for me not to be inspired to write and compose.

How have you evolved since your first flow? What was the specific reason you began rapping?

Well, I definitely got nicer. What you may find interesting is that I started out as a gospel rapper but since then I felt like I wasn’t reaching and inspiring enough listeners. I didn’t just want to “bless” church-goers but everyone else, as well. So, ever since then, I’ve been working on creating messages for a broader audience. Also, by listening to a lot of DMX, Eminem, Jay Z, Kanye, Bone Thugs and countless others, the word play went from decimal to abundant and insane. The flow has definitely gotten tighter. I began rapping mainly to express myself; I knew of no other effective way to get my point across and be heard. Yeah, the money you can make from this is great but if you’re putting more emphasis on making money than being as creative as you possibly can, you’re not going to be around for long because your fans will eventually outgrow you, in my opinion.

How can interested readers find samples of your music?

By going to my website, www.thedarkonebegins.com. There you can hear most of my music from my pre-Dark One era to my post-Dark One era. You can also check out my Our Voice audio blog where I record 16+ bars over classic beats ever so often when I’m in the mood. So far I’ve rapped to Big Daddy Kane’s Ain’t No Half-Steppin’, Naughty by Nature’s Hip Hop Hooray, Eminem and Rihanna’s Love the Way You Lie and many others. You can also sign up for my mailing list on the site and you can also purchase Prodigal Son Returns.

What would be a dream track (producers, performers) for you to jump onto?

It’s a race between Twitter and Google+. Social media has definitely “even the playing field” and “made the world flat”. Social media makes it possible to gain fans in Europe, Africa, Asia and elsewhere without having to go to Europe, Africa, Asia and elsewhere. Then when you finally get there, that just makes you even greater.

What does the rest of 2015 hold for you? What sort of hints can you provide about the conclusion of the Prodigal Son saga?

As many shows as possible and a lot more Our Voice entries; nothing major just yet. The official Prodigal Son music video will be it for the saga, coming next year, though. It’ll be a bit of a wait, but I’ll make it worth it.

Thank you so much for your time. Do you have any further information for our readers?

Yes, the Prodigal Son EP also features Prodigal Progenies featuring Black Majic and Neena; it’s the remix to Prodigal Son. A lot of people are catching on to what I’m trying to accomplish with my music which is bring back that 90’s feel, kind of like how Bruno Mars is bringing back Doo Wop. So if you need a break from the music of today and you need a bit of a reminder of what it used to be, come to the Dark One.