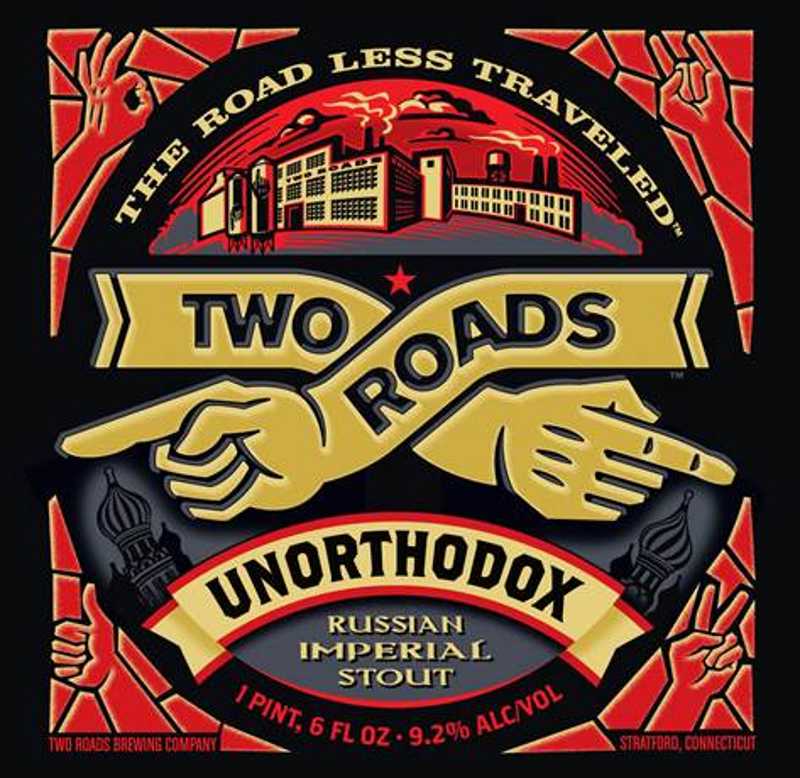 Two Roads Brewing’s Unorthodox Russian Imperial Stout pours with a dark reddish-brown to brownish-black coloration and a thin amount of off-white head. Unorthodox has a strongly sweet nose and a smaller amount of hop bitterness that can be gleaned from an initial sip; this beer will immediately take imbibers’ breaths away after the first quaff. There is a decent alcohol bite presented with dark fruits, bitter chocolate, and malt elements to xcreate something that is incredibly deep.

At each point of Unorthodox, there seems to be a slightly different array of flavors that are showcased. Unorthodox’s mouthfeel is outstanding, with the density that individuals want from stouts but a lightness that few beers in the Russian Imperial Stout style can approach. This is something that tends to stick around well with each sip, but there is tendency for Unorthodox to refresh imbibers’ palettes due to the considerable hop notes that are interspersed through the beer. There is a decent hop bite to Orthodox that moderates the sweeter elements that are present. The high ABV is hidden perfectly here, making for a bomber that can be easily drained by anyone that wants to have a memorable night. What is particularly surprising about Unorthodox is how beer the beer holds up to an increase in temperature; as the effort reaches room temperature, there is still the same robust flavor profile that was initially presented when the bottle was first opened. Two Roads has knocked it out of the park with this take on the RIS style; locate a bomber to see exactly what we have been touting.

For more information about the whole of Two Roads’ year-round and seasonal efforts, visit their domain. Further news about limited-time efforts and weekly events (Firkin Thursdays) can be located at Two Roads’ social media profiles.