How does the music created by Thirsty on this album compare to that of the band’s previous engagements? How has your style changed and evolved since your earliest recordings? 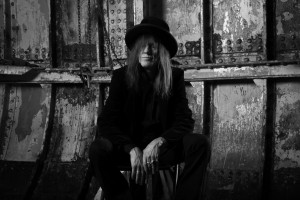 Guy B.  Completely changed.  No ties.  We are not trying to be anybody else.  From the start we were trying to get something like Chess studio sound: rough and live or “gloriously dishevelled” as Phil Alexander (Editor-in-Chief MOJO magazine) described us.

The tracks on your latest album have considerable backstory. While fans can appreciate what is on the surface, tracks like “God Bless America” and “Sniper” have very strong backstories. Can you provide our readers with some information about the historical and cultural references that Thirsty has placed into their music?

Irina D.  You are right. Many of the tracks on Thirsty are semi-factual.  Life is stranger than fiction and both Guy and I share fascination with the human condition – the blurred line between the hero, the addict and the maniac.

Our collaboration began with me re-telling Guy the story of Joe Pistone and his friendship with mafioso Sonny Black.  This is how our first track, “Donnie to Sonny”, came to light. “God Bless America” is based on the life story of Rosemary Kennedy, sister of JFK who was lobotomised on order of her farther to cure certain perceived behavioural issues. “Sniper” was inspired by Ludmila Pavlichenko – a Soviet sharpshooter in WW2 who killed over 300 enemy fighters.

“Black” is inspired by the works of Edgar Allen Poe.

Guy B. These songs are more like parables and hopefully leave space for imagination. 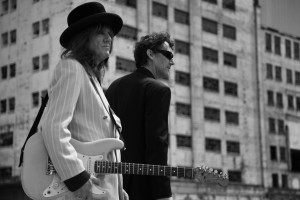 While the band represents a supergroup of sorts, what sort of acts were those that initially got you interested in music and influenced the tunes on Thirsty’s album?

Guy B.  Initially Chuck Berry, 60s soul and the Rolling Stones.  We have taken  a little bit of everything and thrown in a twist of Link Wray.

We have talked about the depths that Thirsty has delved with their subject material, but just in terms of overall packages provided to fans, what tracks are the band’s favorites?

Guy B. Truthfully – all of them.  We spent a LOT of time deciding on the running order of the album but eventually we came up with this and it works for us on a few different levels but anyone is free to play the album and put it on “shuffle”….this is a moveable feast…listeners can make of it what they will.

While we have our readers from the United Kingdom and Europe, most of our fans are based in the United States. How are things different in terms of running a band (recording, playing, meeting musicians) across the pond?

Guy B.  It is more of an informal scene over here nowadays.  Chris Johnstone and myself have been involved in music business for a long time.  We are lucky enough to know some of the best musicians in the country, who were kind enough to step up to the plate when asked.  Simon Hanson (Death in Vegas, Squeeze), in my view, is one of most talented drummers around.  Lynne Jackaman (Saint Jude) – amazing vocals.  And it goes without saying, Chris Kimsey, producer (the Rolling Stones, INXS, etc.) who was invaluable to us. 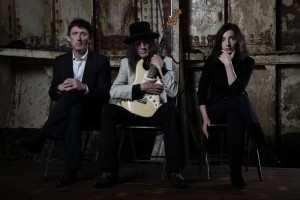 Guy B.  2015 has been a good year for us.  First album has had a great response from fans, press and radio.  We are working on our second album.  Writing is coming very easily to us at the moment.  Live shows are on the horizon, but right now all our energy is going into studio work.

Irina D.  We are also working on videos for a couple of tracks from the second album.  We have been filming in Spain and the UK – have a lot of great footage to work with.

How are social media services different from the traditional face to face meeting that musicians traditionally utilise? Are the types of fans different between online and offline interactions?

Guy B.  In terms of production and promotion, almost all of it is now in-house.  Essentially, we are our own label and it is a world way from being on a major as in the “good old days”. But it gives us full control and complete artistic freedom.  Now we musicians live by the sword or die by the sword.  Exciting times ahead!

Fans, whether face to face or ‘virtual’, cannot be fooled or bought. They are the ones that keep the show going.

Finally, how can listeners keep up to date about the band, their new music, and any sort of live functions? For those that want to hear samples of the new album, on what services can one fine Thirsty’s music

Guy B. We post weekly band updates on our Facebook page (https://www.facebook.com/thirstymusic) and our webpage (http://www.thirstymusic.co.uk) where our fans can also leave their e-mail address for our e-mail newsletters as well as to see our latest videos and listed to song pre-views. Thirsty album can be ordered via our webpage or accessed in digital format on all major digital platforms (iTunes, Amazon, Spotify).

Thank you so much for your time. Do you have any other statements for our readers?

Guy B. Thank you so much for your support.  We are Thirsty and we sounds like THIS….