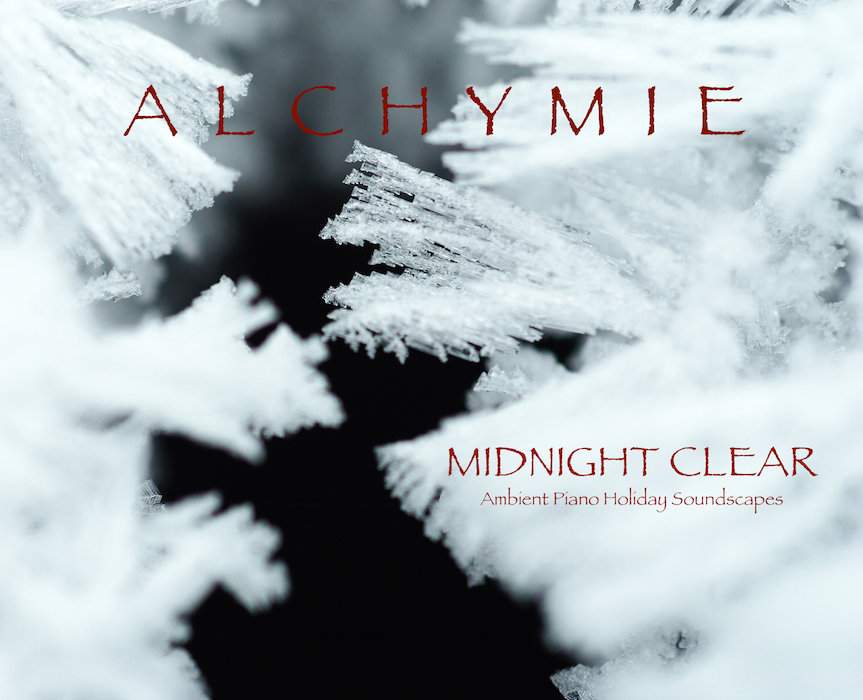 Today, we are speaking with Alchymie.

Pretty basic beginning….started piano at the age of 6. I studied the piano through my school years under classical training and eventually realized that music had chosen me rather than the other way around. My mother played piano in the house when I was very little, the radio was always on in the house usually set to the local public radio station (an endless stream of classical, opera, BBC news, and the Bob Parlocha Jazz show), my aunt played records for us when we would visit…everything from 2001 Space Odyssey to Aretha Franklin.

I was surrounded by music all the time, it was an integral part of my daily life as a child and still continues to be so. Growing up in the Twin Cities, St. Paul & Minneapolis, was a huge influence on me musically. I had the chance to hear and see a ton of great music, everything from Husker Du to Prince or The Time, Soul Asylum to Bob Dylan, The Minnesota Orchestra or The Replacements to Cornbread Harris. It was literally a huge melting pot of incredible music. Just having that experience of it right there so close I suppose lead me to performing and to start writing my own compositions. I was very fortunate to have grown up around such a diverse and rich music scene in Minnesota.

Which artists are the greatest influences for you and your music? Is there a dream lineup of performers that you would like to set in if given the chance?

Well, of course being in the Twin Cities the whole scene there certainly influenced me early on. The bands and artists from that area I soaked up like a sponge I have to admit. However as I grew up and traveled I think influences now depend a lot on where I am at musically and what I am currently working on or doing in my life. They seem to evolve and change all the time. Environment for me is paramount. I write very differently in Prague than when when I’m by the beach in Florida, or even in Minnesota. I once shared a studio for a bit with the Canadian painter Susan Friesen. She would work during the day there and I would compose, play piano in the evening. I think while there surrounded by another artist’s work, especially a painter, I realized I am influenced most by my perspective on things, how I view or rather hear them. What I choose to add or omit, and being influenced even by the beauty and necessity of “space” in music (or images for that matter) whether found in a funk groove or in a minimalist soundscape. Currently I’m working on soundscapes and electronica so recently I’ve been listening a lot to Loscil, Fever Ray, Brian Eno, John Adams, Michael Whalen and Klaus Schulze. A dream lineup? That would be hard to imagine, but it would run diversely somewhere in-between Dead Can Dance and the J.B’s. ….yes, completely off the wall I know.

What story does your current album Midnight Clear tell, and in what ways does it differ from Earth Sky and Dreamscape? What successes and failures did you experience during the recording of the release?

Midnight Clear is a holiday album so it was very much planned out that way. It’s the magic imparted by a particular time of night during the holiday season, just before midnight when things go clear, it’s quiet. The snow has given a hushed blanket of solitude in which we relax, reflect. Everything is still….and waiting. I felt like capturing all those moments in Minnesota under a winter sky full of stars and waiting….
Earth Sky was written over an extended period of time and the tracks were compiled together from various recordings that spanned a couple of years. That album is really a reflection of the earth and sky itself in sound. Dreamscape is a Native American flute album so all the tracks were centered on the particular atmosphere created by Hung Ly’s playing. It was really all about where his flute playing will take the listener.
Midnight Clear is my first release with Jamie and Ginny Wilson at The Live Room in southwest Florida. Not only did they truly make it feel like Christmas at the studio in 90 degree weather, they thought out of the box with their approach to recording these standards. Adding ambient electronic sounds via midi on the acoustic Yamaha piano was definitely a successful added dimension.

Christmas music is typically the bane of any office worker or mall goer. How did you reinvigorate standards like O Christmas Tree and Good King Wenceslas?

Many, Many years ago I worked in a sheet music store and every holiday season I would begin to cringe. I think the problem with holiday music is that it gets stuck in the safe past.
There is nothing wrong with representing a true rendition of holiday classics, in fact sometimes it’s lovely. However, during the holiday chaos and rush we are bombarded by not only the same carols over and over again but by a lot of other holiday stress. I think many people are surprised because I sort of skirt around the melody and they try to pick it out. When they find it they go “ok, yea I hear it now.” I love it when someone says “I’d listen to this when it’s not Christmas”. It can be enjoyed year round then. Basically, I took the basics of each carol and then did improvisational playing. We would do a few takes and decide on the best. It was spontaneous, quick, and the atmospheric playing was solely up to me. I figured most people know the melodies so why not just have fun from the start? We approached holiday standards with an alchemical mindset, let’s add different elements and see what happens.

Social media has a great reach and I suppose like most others Alchymie is doing ok with Facebook, Twitter, etc. However, meeting people is absolutely no comparison. Alchymie can certainly reach farther via social media…globally. However ultimately the exchange between the musician and the listener face to face is the organic premise of playing music in my mind. When you interact directly with those who have listened to something you just played it’s much more magic and alchemical. Social media reaches but with a rather anonymous face in the end. That being said, I think that the two can work together to provide a wonderful artist and listener experience while opening new doors for the artist and audience.

While 2015 is coming to a close, what are your plans for November and beyond?

There are two new releases due out in 2016. Look for an ambient experimental soundscape album with contrabass artist Gregg Skloff from Existence Habit. Also, I am in the midst of recording an electronica album in the more traditional sense, with vocals etc. It will be rather different from any of the instrumental releases so far.

The art of alchemy is believed to have the power to transform, much like music has with it’s listeners. Alchymie’s music is based on that principal through various genres and an experimental approach.
Life is about change, evolution, and transformation. Let the music you love be a catalyst for that transformation.