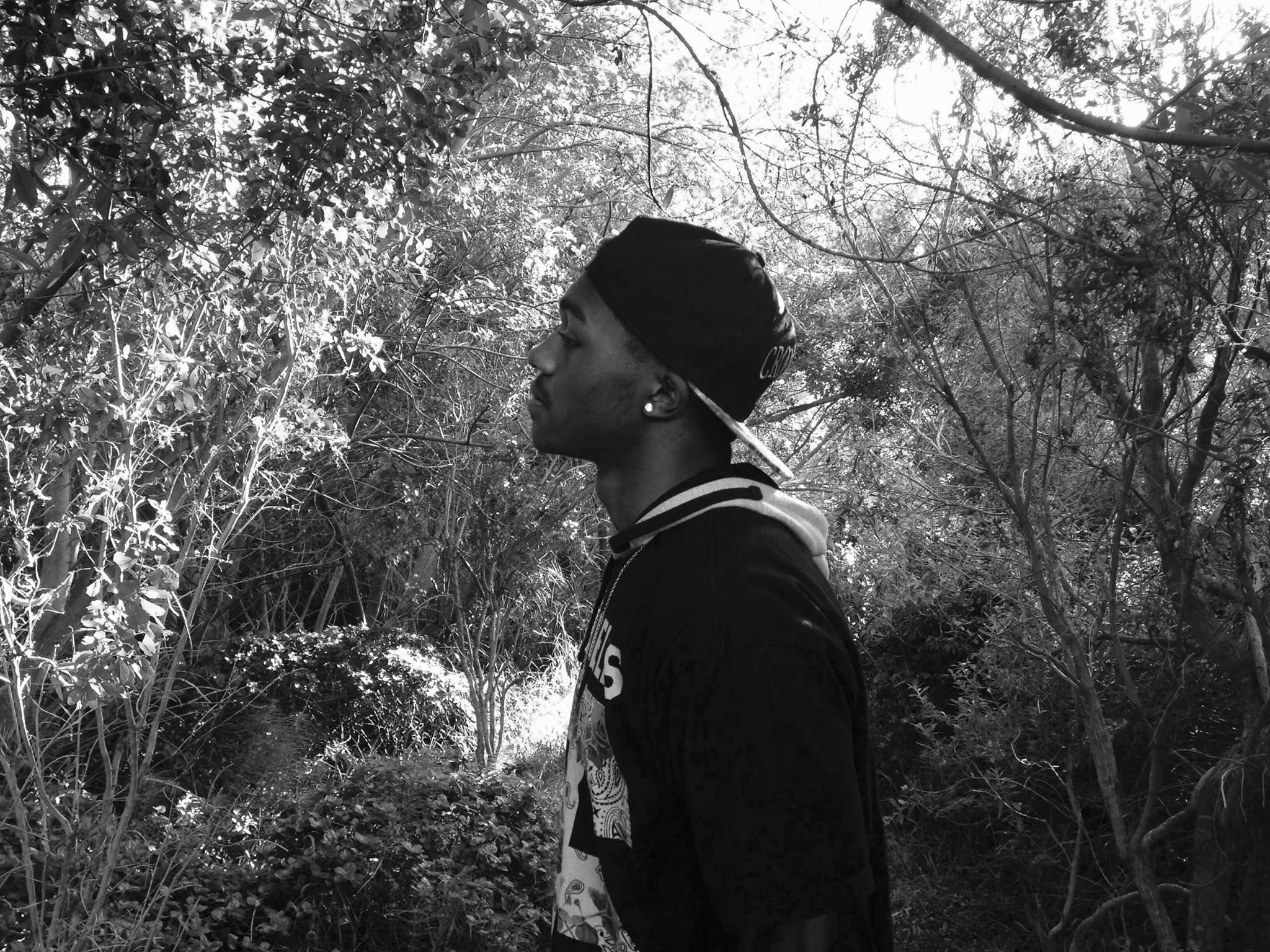 To pretty summarize everything, I was really was into poetry growing up as a kid. Growing up in my neighborhood you either were selling drugs, your body, or you were involved with church and community service. I was always the “inbetweener” because I would raised with one of the most religious woman in the area and one a well known drug dealer. So I would just write my experience and I would create stories with my experience as if they were other people. No matter what the situation would be I would be writing. Especially during class and just ignoring the lesson that was being taught. Who knew a kid could get suspended for writing. Anyways, one day I ended up coming up with music group back in high school who were all also writers. We literally spent days changing all of writings and sh*t into songs. We all just thought that if anyone was going to listen to our stuff then it would have to be with a beat going on in the back. And rap is acronym for, “rhythm and poetry” so I rap was going be something I knew for sure I could pursue and be successful in.

Honestly, I am so all over the place with who I’m listening to when I plug my phone to aux cord in my car, or through my headphones when I am writing. But, artists I normally listen to is Goldlink, Melanie Martinez, Alessia Cara,Flatbush Zombies and Nas. A lot of love for the east coast.

Well, even though my music style and interest is very east coast oriented, my heart remains in the Bay Area. Reppin’ the Bay until I die. But, I lived on the East Coast, and the South. Honestly, it’s like a worlds or dimension that run on parallels but, are significant in their own way. Back when in the day in California, Dr. Dre had that “boom-bap” sound that modern artists like YG use on tracks which are just dope. You would get gritty, and hardcore lyrics with a beat that would just be so sick that you just had to play in your 64’ Impala. But that’s just LA. The Bay will forever be in Hyphy Movement. That sh*t just runs like blood in veins and air in lungs. And the East Coast always been on that smooth vibe. Something that could just be hypnotizing and just having your body groovin without even knowing it. Three different areas that all shared the same story but, each had their own way of writing and sharing it.

It’s all about where you are from and what you have been exposed to. A lot of sht in this world we expose and usually a 110% never wanted to be exposed to those things such as, substance abuse and so on. But its life. Especially being an artist and people who look up to you, you just gotta keep it real. Drugs and an alcohol has always been iconic. Pssy too. It all sells and n*ggas would say anything of those three things just to get some profit in their pockets. I most likely sound hypocritical but, as long as an artist isn’t applying unnecessary content to something that is already malignant, then by all means, speak your part.

I have gotten a big and slow increase of fans. It’s crazy. After, this EP I am going to release later on this year I already know that is going to bring in more fans. I like my Instagram fans the most because they contact me the most on there. Either talking to me about how my music has impact their lives, just sentimental stuff. A couple people challenging me on rap battles or,  just Playstation. And, occasionally some grade A nudes…my girlfriend hates those fan mail the most.

Who else in the rap scene have you met and who is out there right now that you would like to collaborate with?

Rayven Justice is someone I would like to collaborate with. Especially after being an opener for one of performances in Oakland. I would actually enjoy to work on a project with him. There is even this group I met at a Showcase in Oakland called 50/50. Just a dope ass group.

My soundcloud is a good place to start. I upload pretty much everything there first so fans or those who want to catch up or here some new tracks then this would be the best place to go. (Search up and add JeremyBeGood) I have an EP that I have been working on since Spring and I hoping to release either the end of Summer or the beginning of Fall.

What else should we know ?

Be on the lookout for DYFYANT: The Journey Through Inferno EP that is going to be dropped this year. And, overall just thank you to all my friends and family and the fans that had been here with me through my whole ride and new fans who are going to be coming with me through this journey.