Sitting Down with Luca Brassy 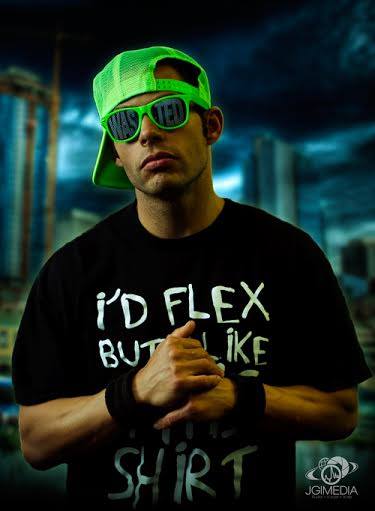 I didn’t get into music in the traditional way.  Most artists start really young and idolize a lot of different artists.  My forte was actually professional wrestling until I was 18.  My career in wrestling was cut short due to circumstances beyond my own control and I became a young, angry, and defiant kid.  That’s when I discovered music and it saved my life.  I started writing my thoughts and feelings down on paper, then began to make them rhyme and was able to get my hands on a few jack beats that I worked with.  Soon after I met my first producer Jgreen Moneytalkz and I never looked back.  The rest is history.  He still produces my music today.

There aren’t a whole lot of artists out right now that I listen to on the regular.  I love the pioneers and old school hip hop and that’s mostly what I listen to.  If I had to go with a few my first pick right now is Eminem hands down.  I can also get into some Kendrick Lamar and TI.

How has your style evolved and changed over the time since you first started? Where do you think that your flow will go to in the months and years in the future?

When I first started I was like “ok, as long as it rhymes, I’m good for now”.  Lol, looking back now… I was in such a bad place that it was the only way I could think, which was really simple.  Once I realized my passion for the art, I went back and listened and learned about as much of the history and artists of hip hop as I could.  Through that I latched onto certain artists like Big Pun, KRS One, Pac, Biggie, Rakim, Nas and Eminem.  I began to study the different flows, learn the different rhyme patterns, and really educate myself on how to put a record together.  I’ve developed my own style over the years that people generally don’t compare to a lot of other artists.  I like to  combine club, EDM, trap, pop, and good lyricism all into one product.

Each place I’ve traveled to for music has it’s own culture.  It’s hard to say exact differences in the the culture of the Bay area to really any place.  It’s the type of thing you have to witness and see for yourself.  Some places are very much about the actual music itself while others are more about the lifestyle you live to support the product you put out.  On every tour, video shoot, photo shoot or anything else I’ve done, there’s never been 2 places exactly the same.

If you mix alcohol and drugs into anything, eventually it’s not going to go well.  Especially within a person’s career.  Due to the constant pressure put on artists, some see it as almost a necessity just to keep up with things and others do it just for the thrill.  Some artists talk about these things in their music just to sell records and some are truly out there doing exactly what they are saying.  It is present within the industry though and I’ve seen it first hand.

I’ve gotten more fans through social media than anything else.  I think it’s a psychological thing actually.  When someone meets you in person there’s no mystery of who you are, so less of a chance to check out anything you tell them to.  When you promote online, people wonder who exactly you are and what you’re about and are more likely to take a look at you.  If you have solid product, you got a fan.  And I’ve gotten more word of mouth fans through people who don’t like me than people who do actually.  It works like this…if someone doesn’t like your music video, they might show it to someone else who might love it and tell 5 other people.  That one hater just got you 6 fans.  Media reaches the masses though, so it makes things easier.

You can find my music, merchandise, and any upcoming appearances at www.lucabrassy.com.  I also have music for sale on iTunes under Luca Brassy “Like That” and “3000“.  Coming up is the release of my newest single “Lose Your Mind”  which will be in the Fall through Coast2Coast Mixtapes.

At the end of it all, don’t let anyone tell you you can’t do something.  Only you can make that decision.  If you can dream it, it can be done.  Follow your heart, and you’ll never go wrong.  POW