An interview with Chip Gibbons 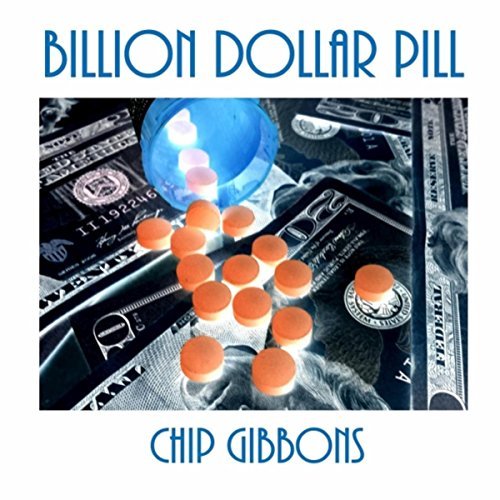 I’ve always liked music. When I was a child my mother bought accordion lessons for me and my brothers from a door-to-door salesman. Then my aunt gave us a old upright piano. Each of my parents could play one song on it. I started picking out songs by ear and then I started with classical lessons but I got tired of that after a few years. In college I bought a used Gibson guitar in a pawn shop and taught myself how to play it. I wrote my first song on that. After college where I majored in Biology/Pre-Med I moved from Virginia to San Francisco and started a career in computer programming. I didn’t do much music during this period, but started playing with a keyboard and synth module in the 90’s. I never performed. I just liked improvising and making sounds.
You have just released a new album, Billion Dollar Pill; what was the writing/creative and recording process for the album like?
Those songs were written over a period of four or five years. Most of them came to me pretty quickly. I had some very rough recordings of them. I think the songs are very solid so I decided to make something for posterity and I also wanted to get over my phobia of performing so I got a teacher who knows voice, music, recording—everything. I made the album with his help and also started doing open mics where I often got positive feedback on the songs.
What’s your favorite track off of Billion Dollar Pill (and why?)
That’s a tough question because I like them all for different reasons. It feels like Sophie’s Choice to have to choose one. Maybe I would give Inside a Hole an edge because I like the piano in the arrangement.
How has being away from the typical musical hot spots of L.A. and New York City generally helped and hindered your career?
I’ve never thought of myself as a professional musician so I’ve never thought seriously about a career in music. At this time I’m fascinated with how the Internet has given musicians the ability to connect with people all around the world. Technology has made it possible for artists to make professional recordings a nominal cost and the flood of new work, and streaming sites, have saturated the market driving potential revenue way down.
What does your recording set up look like (what do you use to record, what are your favorite tools)?
My setup is very basic: a PC laptop that is at least 5 years old, an iTrack Solo interface, a nine-year-old Yamaha keyboard, a couple of guitars and djembe drums, a couple of mics and REAPER software. (My favorite tool.) Nothing expensive or high-end.
Which artists are the greatest influences for you and your music? Is there a dream lineup of performers that you would like to perform with if given the chance?
Joni Mitchell. She’s a real genius in my book. Totally unique. Amazing gift for telling stories and painting pictures with words while fearlessly exploring new musical territory with each new album. Very creative guitarist. I love many others like The Beatles, Bruce Hornsby, and Bob Dylan. I’d love to play with any of those. John Mayer, Warren Zevon, Sufjan Stevens and Joe Pug. And Ray LaMontagne and Dave Matthews. I’ll stop before it’s an orchestra.
Which sort of social media website have you had the best successes with? What about these online services are different from the traditional face to face meeting and performances that musicians utilize?
Well, there’s nothing like playing live to get instant feedback on your songs and connect with an audience. It’s much more intimate and requires a presence and focus that the Internet does not. But it always loses money if you’re not getting paid: time, transportation, food, drink, etc. I don’t spend a lot of time on social media though I have accounts on Twitter, Facebook etc. Your reach is potentially global and it’s always on, not like 15 minutes at an open mic on Wednesday night. But I haven’t spent a lot of time on social media. So much interaction is very superficial with people just trying to get as many likes or follows as they can. They don’t even listen to each other’s music. They should at least be streaming each other’s music. If all the unknown musicians traded streams like they trade likes, we would turn the streaming industry upside-down.
What should listeners expect from your music in the future? How can interested NeuFutur.com readers locate samples of your music?
I just released another album called Isolated Incidents. It’s totally different from Billion Dollar Pill. It is free-form, synthesizer improvisations that don’t follow a traditional musical structure. They are inspired by the many things in nature that have their own rhythm and form, like storm clouds forming in the sky or the path of an individual lifetime. The pieces are meant to happen live only once.
My music is on the various streaming services and I can actually make some fractions of a cent if people play the albums there. It’s also available on my website http://www.chipgibbons.com. It can be bought on iTunes, Cdbaby, Amazon, etc.
What does the rest of 2017 hold for you?
More music releases. I want to work on something upbeat like dance music. House. Trance. I think there are a lot of fun possibilities there.
Thank you so much for your time.

Finally, do you have any additional thoughts about life and the universe for our readers?
Now that we’re living in Trumplandia, I don’t know what to expect, but I do think change is in the air. I’ve always had a gallows humor about life. All the craziness out there, my biology background and basic math don’t leave me very optimistic about the future of the human race. But I live in the Seattle area now and I marvel at the beauty of nature around me every day. I’m grateful for the experience of consciousness, and wonder if my universe is there when I’m not looking.