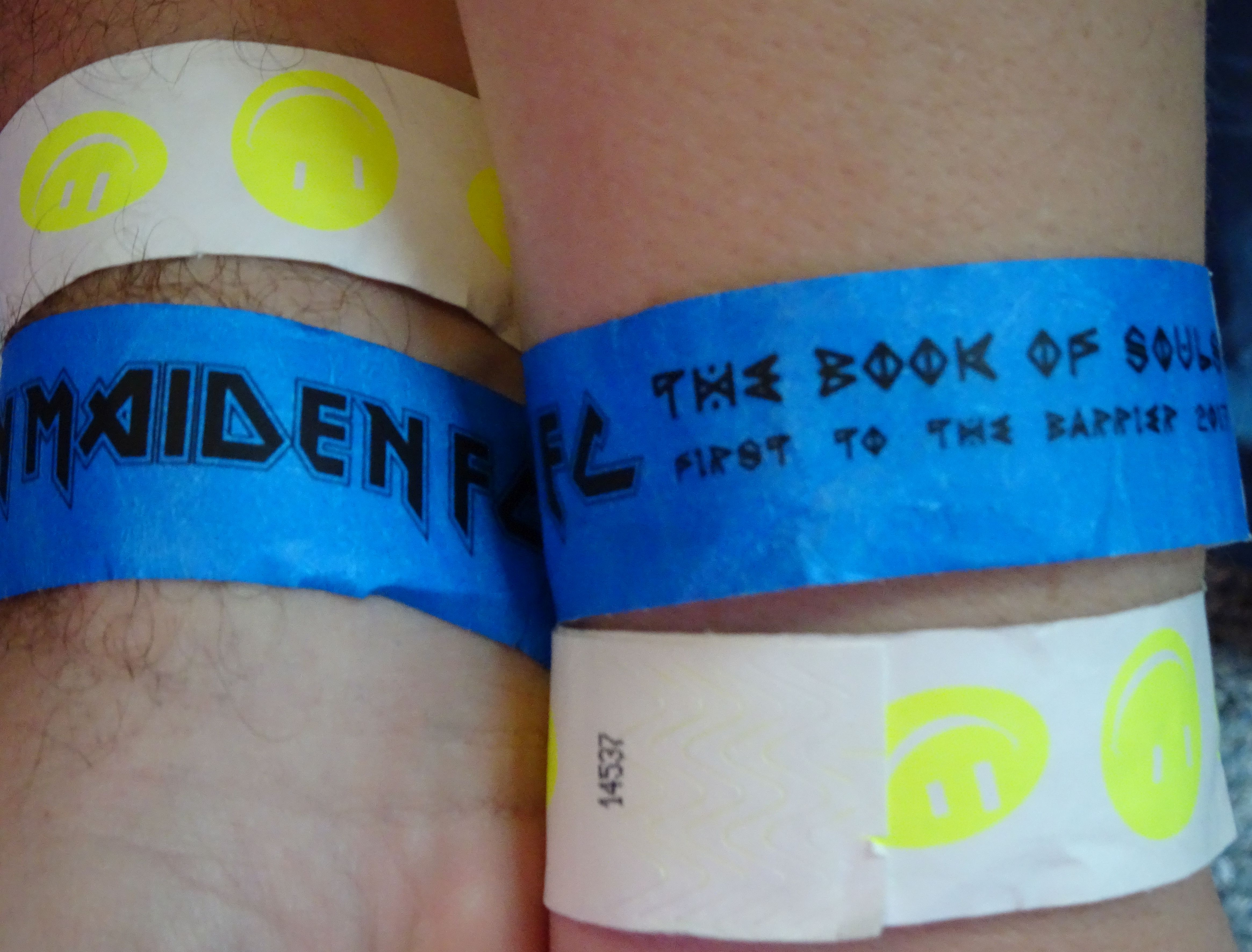 Last year I had the opportunity and good fortune to be able to see Iron Maiden shows in both Florida and Illinois and when the new US leg of their tour was announced I jumped on the chance to do so again this year.  These would be my fourth and fifth Iron Maiden shows and even though knowing ahead of time the set list would be the same at shows only four days apart that in itself was in no way a deterrent to see this legendary metal band so soon a half a country away.

As the days grew closer to the date of the Tampa show my anticipation and excitement level grew, I would send off an almost daily group email to my friends I was going to the show with. I would count down the days or include a dose of Eddie (the band’s mascot) artwork, one of my favorite Iron Maiden videos or even a prior concert picture I had taken of the band to help build the excitement, as there were three in our group who this was going to be their first Iron Maiden show (in Tampa). It is one thing to be in awe the first time you experience seeing a legendary band such as Iron Maiden, who boast over forty years in the business, but for me the Tampa show was taken to another level by just how blown away my friends were after their first Maiden show. “F*cking incredible” and “absolutely phenomenal” were the terms I heard a more than few times during the car ride home.

The Swedish metal band Ghost opened the show. They are a relatively new band who are more toward the darker side of the metal family tree, with both the band and their fans referring to their performances as ‘Rituals’. Without their instruments in hand it is hard to tell the members of the band apart as they wear nearly identical black robes and face concealing masks, with the lead singer in a more distinguished outfit portraying a ‘demonic anti-Pope’. Ghost did a great job getting the crowd fired up and into the whole concert vibe, receiving much interaction from the crowd. Their live shows are such a theatrical experience I find myself in an almost hypnotic like trance and their music just pulls me in.  Coincidentally this was also to be my fourth and fifth time seeing them as well.

When the intermission between opener and headliner came to a close and the unofficial Iron Maiden intro song UFO’s “Doctor, Doctor” came over the speakers the crowd started to chant – “Maiden, Maiden, Maiden” and continued growing louder until the intermission ended and the lights dimmed for the moment we all had been waiting for. A spotlight shone on the top of the stage designed as a mini Mayan temple and there stood lead singer Bruce Dickenson with his head down in a cauldron full of smoke as he begins the lyrics to “If Eternity Should Fail” and thus begins the extravaganza. Soon the stage is ablaze with lights and the rest of the band appears as the crowd (14,000 in Tampa and 16,000 in Chicago) roar their approval almost as loud as the band is playing.

Every Iron Maiden show is an event of epic metal awesomeness and both of the shows I saw absolutely kicked ass. While the 15 song set list for this tour leaned a little heavy off of the band’s latest release “The Book of Souls”, it was evident by the amount of fans singing along they were well familiar with the new release. Hardcore and longtime fans, myself included, were pleased with the addition of timeless classics such as “Wrathchild” (which was special for me because that is one of my all-time favorite songs of theirs), “Fear of the Dark” and the show closing “Wasted Years”.

Both of the shows I saw were Iron Maiden at their very best, with Bruce showing, or rather sounding no sign of his bout with throat cancer in 2015. You can see on the faces of the guys in the band that they are just having the time of their lives up there performing and interacting with the Maiden faithful, as many of the pictures I captured have them smiling. It is like the band has not aged after all of these years, still possessing extraordinary musicianship and the synchronicity of their three guitarists trading off solos so effortlessly, every note and drumbeat just coming together in pure metal brilliance soaked in by the crowd.  No Iron Maiden show would be complete without a visit from Eddie and for both shows there was an on stage battle where Eddie tries to kill the bandmates before Bruce is able to confront him and reaches in and pulls his heart out , displaying it for Eddie and all to see before he throws it out into the crowd.

The only real difference between the two shows were the faces in the crowd and even some of those were the same as Bruce pointed out at both shows, recognizing different (groups of) fans that travel and follow the band from show to show displaying banners and flags of their home countries. It was once again an amazing experience to see this band live and then again so soon after. I highly recommend if you are a fan and have never seen them to make it a point to see them before father time eventually does catch up to them – but at this point they look and sound ageless and both shows absolutely kicked ass! \m/

Encore:
The Number of the Beast
Blood Brothers
Wasted Years