The Deadly Tower of Monsters (PC) 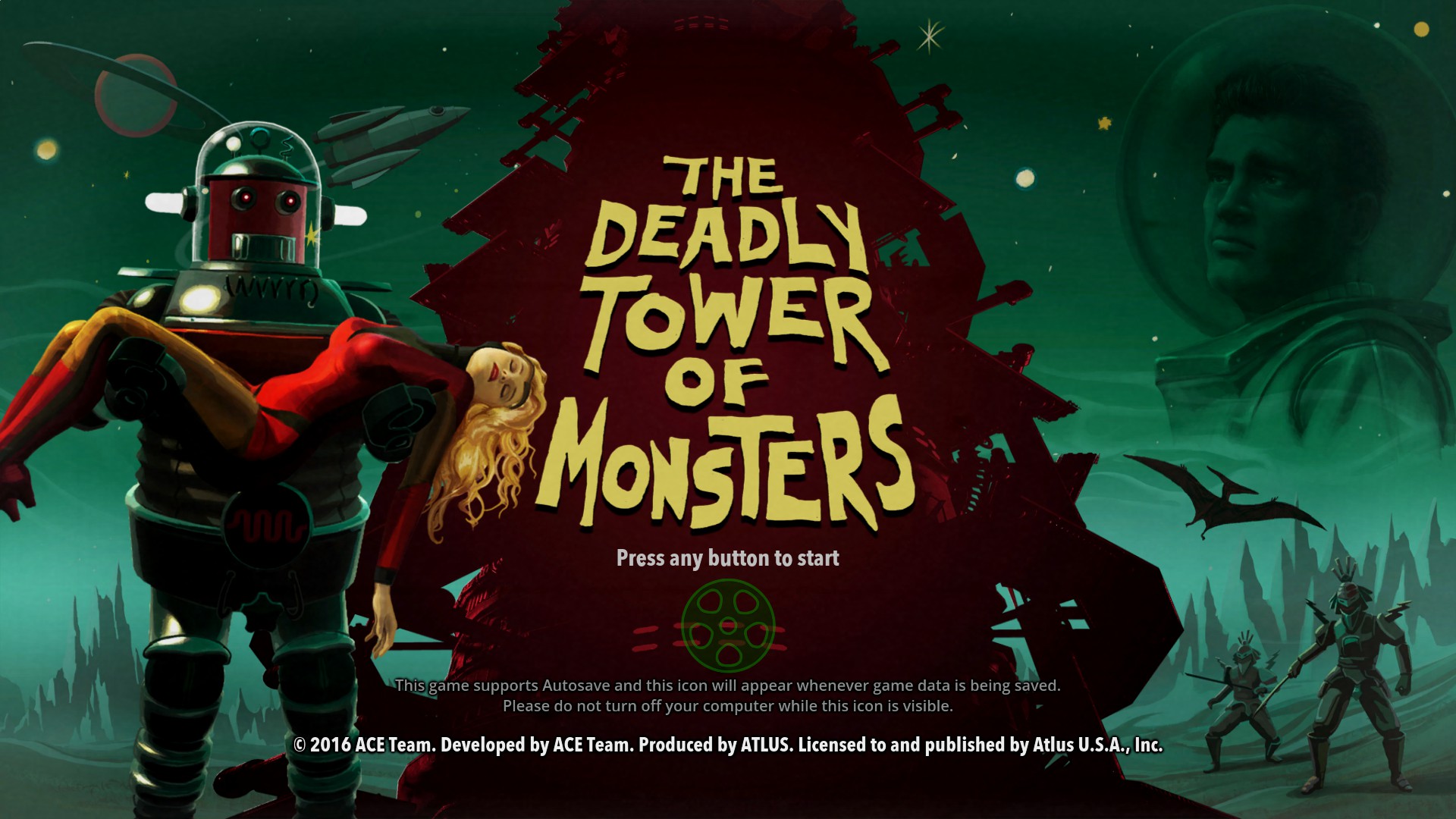 The Deadly Tower of Monsters (PC, Available Now) is an interesting action game that goes and calls upon the rich tapestry of monster and other cult movies to create an engrossing experience for players. The game itself is fairly simple in that one needs to dispatch a variety of movie monsters including T-Rexes, octopi, monkeys and UFOs that feel pulled from movies of the modern (1950s-1960s) era.

The game itself is narrated as a voice-over by the movie’s director, plot device that allows information to be given to a player without feeling as if the game is being overly hand-holding. The different animation techniques that are utilized for the enemies are fun. The game designers create the models and a fashion that replicate how they would have been created in earlier period films. This means some characters feel as if they are Claymation while others have a much more marionette / puppet type movement system. The game itself creates a blend of 2D and 3D platforming. There are a number of weapon both melee and ranged types which have a decent amount of variation for what they do. Different currency (“cogs”) and money represent the fashion in which players can upgrade these weapons. There is a jet pack that utilizes a simple control scheme for small jumps. Players have the ability to jump in the role of a male, female, or robot character. While there is a little bit of differentiation between each of the characters, I feel that this could have been sussed out a little bit further.

The title does a good job in keeping players on rails but provides a sense that there is a little freedom of movement.  The Deadly Tower of Monsters has the story line and the controls down nicely and provides a tremendous amount of walk-through for players, especially at that point where they have not utilized a skill for a decent amount of game play. This is a title that we continue to play but we are quite pleased with our experience so far. There is a lot of potential for further sequels to the The Deadly Tower of Monsters and one could very easily transfer the control scheme and main characters into a seventies dystopian or Blaxploitation setting to have a whole range of new baddies and story to be told by the director.