The Cutthroat Brothers “Kill 4 U” 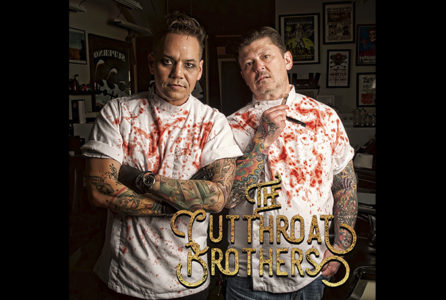 The Cutthroat Brothers’ “Kill 4 U” is an interesting track, built off of influences as wide-reaching as Motorhead and the Nekromantix. With a set of vocals that pull a bit from the Butthole Surfers and Nine Inch Nails, Kill 4 U is a track that would be at home in a Tarentino flick. Dirty, grungy, and performed with raw orgiastic fury, the vocals on the single push it to an entirely higher plateau. We’d love to hear more from the act and feel that there’s a lot of room that the band can ultimately build into with subsequent releases. Video for Kill 4 U’s below the jump.