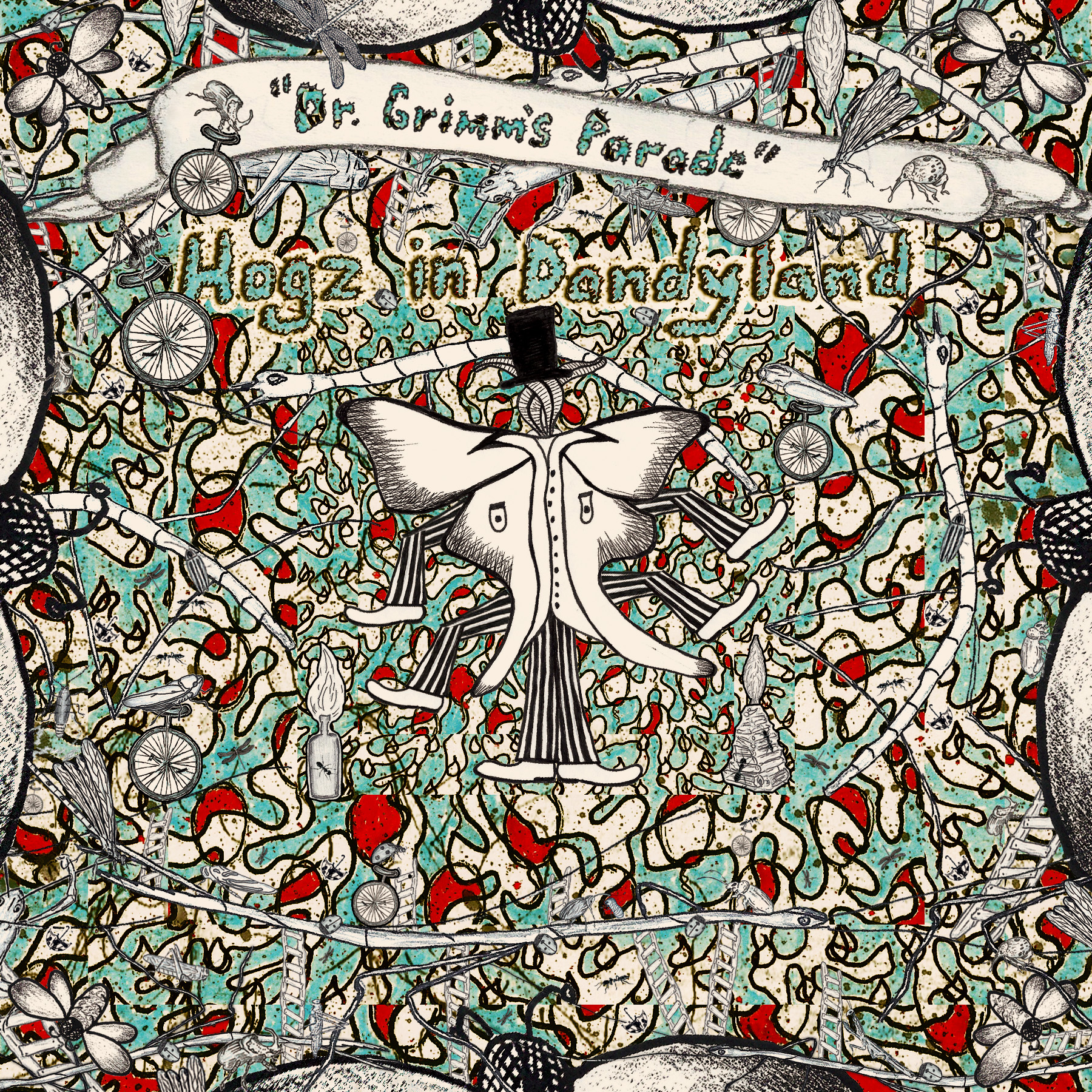 Dr. Grimm’s Parade is the latest effort by Hogz in Dandyland, following up on some of the themes and styles initially broached on 2009’s
Across a Miracle. Leafhopper begins the album, showcasing a measured and sedate approach that is able to tell a story through the instrumental interactions that wash over listeners. A focused guitar line and brooding sound pulled out of 1980s goth imprint a certain set of expectation for listeners. The vocals that are front and center during Clock-Eating Dragon provide a further layer of depth to the cut, bolstered through instrumentation that draws upon The Replacements and The Mekons.

Elephants Strolling has a bouncy beat urged on through the presence of a pair of vocals. With a constantly changing backing instrumentation, fans will be ferried into a place that is considerably different from where one was at the beginning of the song. Kite Without A String ties together Bauhaus and the Violent Femmes with Brad’s vocals standing boldly front and center over the composition. Trace My Thoughts is extra-ordinarily strong given its late-album placement. The highlighted vocals initiating the track gradually give up ground to a thrushy, dense instrumentation that will require listeners to strap on their headphones to hear every dynamic, each interaction, and everything that the band has secreted away here.

Dr. Grimm’s Parade (the track) concludes the album, having a bit of an edge to its sound. Guitars reverberate loudly while the bit of echoing vocals imprint the track with just the slightest hints of Bob Dylan and alternative rock. All in all, what Hogz in Dandyland have here is a song that is a bit Lou Reed, a bit early Goo Goo Dolls, and a whole heck of a lot of fun.

Top Tracks: Kite Without A String, In the A.M., Trace My Thoughts