The new EP from doubleVee has Arrived 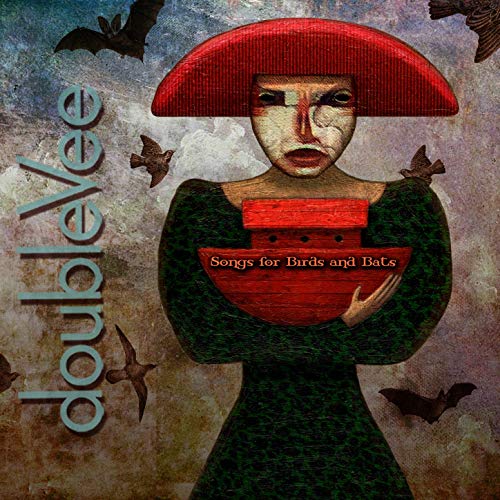 The “alternative” branding, as it currently stands in contemporary pop music, doesn’t mean a whole lot to very many people anymore, and it’s got nothing to do with the sudden death of a culture or the musicians who inarguably brought it to life in the first place. It’s because the term has been overused, misapplied and skewed with inarticulate subtexts; but in the case of Songs for Birds and Bats, the new EP from doubleVee, I think that calling the music that the band plays anything other than “alternative” would be doing it a disservice. The white hotpunker “Ladder for the People,” twisted electronic hybrid “Goldstar Redux” and anti-folk of “Last Castaways” aren’t the type of songs that I would consider to be simple to categorize by normal critical standards, and while songs like “Map the Channels” and “Landlord of the Flies” follow a more formulaic path (at least instrumentally speaking), the same could be said for their eccentrically constructed nucleuses. doubleVee have no interest in blending into a crowd, and if anyone thought the opposite prior to this release, they’re going to be singing quite a different tune this April.

“Map the Channels” is straightforward in all the right ways, but it isn’t lacking an experimental style that the other four songs on this record sport with pride. Where “Last Castaways” and “Goldstar Redux” are particularly surreal lyrically, “Map the Channels” flirts with psychedelic grooves inside of a robotic rhythm that, were it not outfitted with these extra bells and whistles, might have been a little too stock for me. “Landlord of the Flies” is one of the weirdest pop songs that I’ve heard in the last month, and ironically, it’s also one of the more original cosmetically. Its textured bassline is so much louder in the mix than the vocals or even the synthesized melodies are, and for whatever reason, it doesn’t overwhelm the speakers with frenzied fuzz at louder volumes. Clearly, doubleVee spent some serious time in the studio hammering out all of the details in these tracks, because they appear to have left no stone unturned in executing a really efficient, albeit painfully short (if you dig the direction), collection of songs.

Adrenaline-fueled percussive prowling will keep “Ladder for the People” echoing in your mind long after the music ceases to play, while slothful sonic indulgences in “Goldstar Redux” and “Landlord of the Flies” will get as physical a reaction out of you as they will a mental one – for better or worse – and at the end of the day, you’d be hard-pressed to find a more engaging listen this April than you will in doubleVee’s Songs for Birds and Bats. I had a lot of high expectations coming into this review, having thoroughly enjoyed what I heard in The Moonlit Fables of Jack the Rider, and though it’s not quite the watershed release that I was hoping for it to be, it is the defiantly decadent step towards greatness that the band needed to take before making their foray into the primetime limelight once and for all.