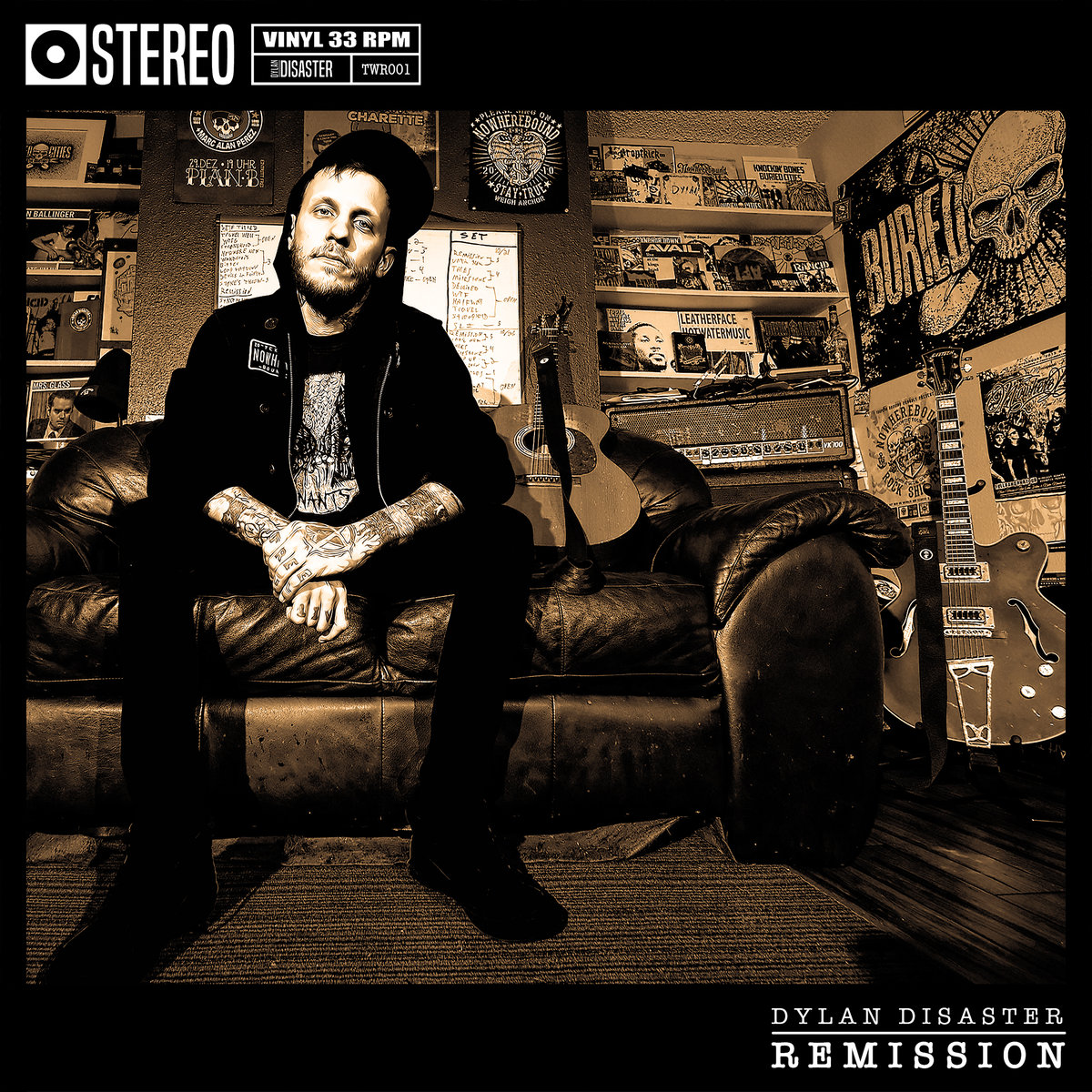 Stripped-down blue collar punk rock anthems are certainly not a new phenomenon. Everyone from Tim Barry and Frank Turner to Dave Hause have made a living crisscrossing the globe for the past decade-plus playing Springsteen meets The Clash-inspired ditties. But, Dylan Disaster’s latest, Remission, proves there’s still room for at least one more on the tour bus.

Thirteen tracks cram the latest from this Long Island native, now calling Austin home. And while the songs are not wholly mold breaking in concept, they are still infectiously fun, nonetheless. While his strength tends to be the mellower, acoustic-based fare like “Restless Heart” and “Halfway Home,” the full-throated shouted choruses on “Milestone” –  one of the more obvious punk-inspired tracks here and one that deftly tackles depression and mental health – goes a long way to proving Disaster is more than just another tattooed punk with an acoustic guitar.

Coming four years after his solo debut, Remission finds Dylan Disaster writing and singing with a more focused drive. With a few exceptions here and there, the songs are stronger, confident and more personal than any of his earlier efforts, taking what could have been just another generic punk folk record and turning it into an album worth going back to again and again.