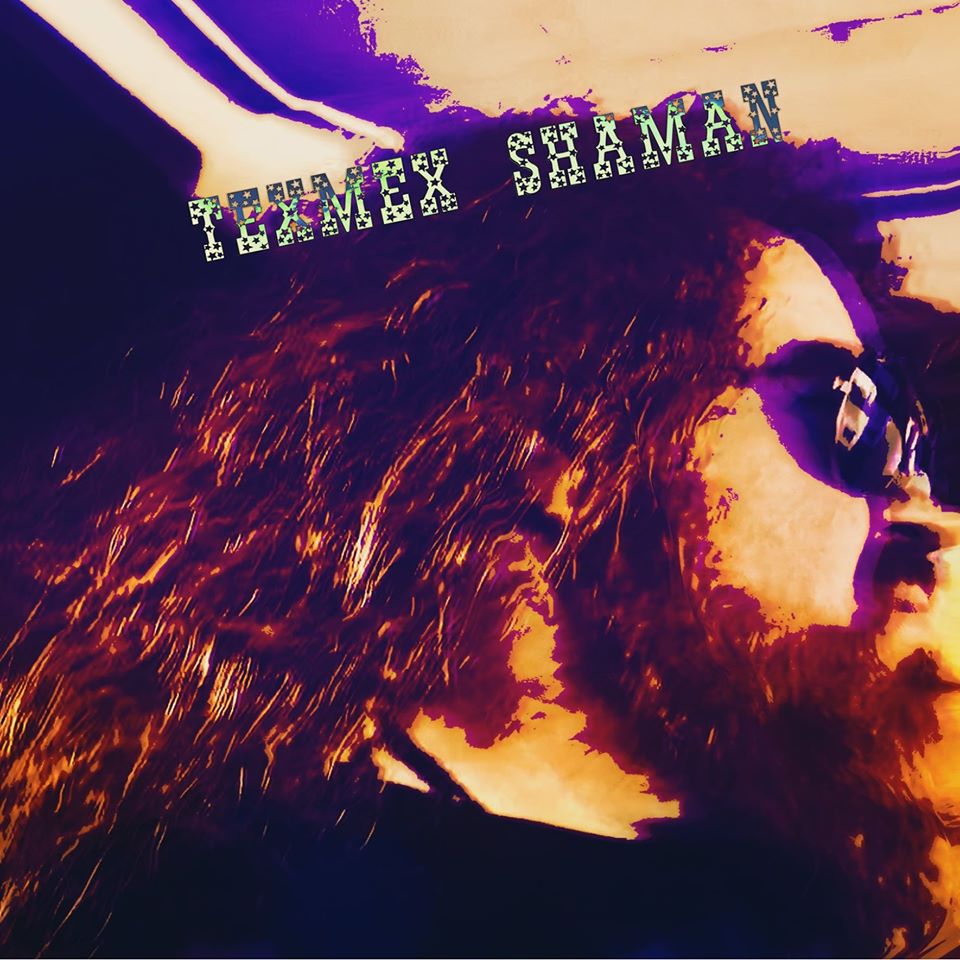 Today, we are speaking with the TexMex Shaman. Can you give us a little background information about yourself? How did you get into music?

Hi James and thanks for the time.  For me it all started when I was kinda ‘encouraged’ to take piano lessons around age 11 .  Something that I’m sure was more for the benefit of my mom’s sanity and less about me being developed into a well rounded person haha.

After a year or so of that I picked up an electric guitar from a good friend’s older brother and naturally wanted to play like Metallica, Priest, Maiden, Van Halen … you name it.  It’s been really cool growing up with guys I’m still friends with and having music as something to not only look back on, but as something we still share in common to this day.

I went on to get a degree in music and yes dad, you were right it didn’t pay too well haha, but things all worked out as they often do.  I made new connections in college and recorded some music I hear the Devil himself still listens to on occasion.  And  I’ve continued down the road with some of those same connections.  It’s a fun journey

I have a cherry red Les Paul Custom that I made the final payment on from money I won in Vegas believe it or not,  one of the Gibson Dark Fire guitars and 2 Telecasters for my main noise makers.  One of the Teles has the TV Jones pick ups and I love the sound it gets with those. It’s what I recorded most of “Fever in the South” with.

For my home studio set up I have one of the new 16” MacBook Pros using Logic Pro X.  I have a UAD Apollo Twin interface which is a great device that I’ve been very happy with.   For my amp situation –  main amp is a /13 CJ11 model (pronounced “divided by 13”) that can get the cleanest brightest tones you’ve ever heard and it will lay down some bite too straight from the guitar, no effects needed.  You can hear some of those lovely tones on the recordings I’ve done with my buddy Chuck D Rogers as well.   I also have 2 vintage ’65 Amps’ amps that I love.

Yeah man, for me 2019 was a year of mostly writing music and going deep inside myself.  I knew I wanted to release an album on my birthday in January 2020 and I did that plus the single “Red Rockit 2020” to boot.

What I’m super excited about moving forward is a new project that has recently been strung together with my friend and writing buddy The OASPM.  We’ve formed a 2 man band called “Rasputin Bones” and we have just signed on with the Phoenix Records label to release some music with them and we’re pretty damn excited about it all.

We have 2 singles out now which you can soon hear on the Phoenix SoundCloud page (https://soundcloud.com/user-353573915) as well as any of our Facebook pages and now on my own  texmexshaman.com site.  These will be distributed soon with Phoenix meaning you can find them in places like Spotify etc.

Speaking from my experience with the TexMex Shaman project I can say it’s been pretty surprising and hard to predict.

For me the radio in the traditional sense was never an option.  I mean have you heard any of my stuff ? haha

What I found SoundCloud gives you is the ability to make your song available  on the spot you know.  Just upload it, get your link and share.  You don’t have too many processes and reviews like you do with the bigger streaming services.  But there’s also a lot missing from SoundCloud with regards to distribution and promotions which they’ve recently been addressing,

What really took me by surprise was Spotify.  Somehow being a rock n roll guy my whole life, I never considered the stuff I was writing for Fever in the South to be electronica or EDM type music.  I was happily surprised though to be making the EDM, electronica  and dance music playlists with songs like Red Rockit 2020, Peking Bass and Roll Over Matryoshka.  I was actually refused by a curator that I’d submitted a song to for a Rock playlist as not being Rock enough haha.  Almost broke my heart.  But really I’m happy with the Spotify playlists and also Facebook can get you some decent video views as well if you use their targeted platform to your advantage.

How does “Wu” differ from your earlier music?

For me,  Wu is me talking to myself.  Me listening to my higher self and learning to be friends and to be comfortable with who was there.  With that one I knew I wanted it to be the last song on the album, not just because it was the last written but it kinda symbolized the end of lots of things for me .  I knew I wanted a Beatles love type fade.   I got the “lyrics” as much as anything I have are lyrics, from a tarot reader doing a reading on me.  I asked her if I could record and got the green light.   Then I went and put the recorder away for about 7-8 months haha.  When the musical ideas came for this song,  I got the vibe that I needed to find the recorder again.  I went back through the hour long recording to get down to the maybe 2 minutes that’s actually in the song .  It’s about the struggle to be your authentic self more than anything . To pull through the dark times and open yourself to love.  Something that is really really hard to do sometimes (but worth every penny (usually))

What message did you try to weave into the music and video for Fever in the South?

Really if there is one, it’s to not be afraid to explore who you are as a person.  Where will you give, where won’t you give.  What do you love, what do you choose to walk away from. What Is truly important to you. Now be that and be proud of it.  Also don’t forget to rock and/or roll.

What is the role of the visual generally in your music?

So, my videos are made on my iPhone.  What I try to do with them is if not keep your attention and least don’t run you off haha.   I realized a while ago that even with music videos it helps to have a coherent storyline.  I also realized a while back that that is challenging to do.  I grew up with MTV you know.  Video was huge for me being interested in a band back then or not.  I don’t think it’s as big now as it was in the heyday but I do like for each song to have a visual component.

For now I’m ok with them but I would like to explore video filming and editing more as I take on new projects.   I would love for Rasputin Bones to have a full on video soon where we’re actually in it haha.

The future is now haha.  As I mentioned you can hear 3 new songs actually since “Fever” was released.    There is “Yeah” out under the incredibly catchy artist name of “TexMex Shaman and The OASPM.”  You can find that one most everywhere.  The two new ones as I mentioned earlier are out for everyone’s enjoyment on the Phoenix Records home page and on our various online presences.   Look for “What” and “Wowah”

When (and how) can listeners purchase their own copy of Fever in the South?

That would be by going to the online home of TexMex Shaman on the Dang Internet at texmexshaman.com and putting however much you feel like paying for it in the little box.  I’ll ship it to you immediately.  It was released on Jan 17th 2020.

Thanks again for sitting down with us. Do you have any final thoughts for our readers?

Well, doing this interview in early April the main thing on most people’s minds that I’m around anyway is that damn corona virus.  I encourage  everyone to stay smart and safe about it.  There’s not an easy way through it it seems so everyone find your compassion and humanity and keep them close.   It’ll be a time for the history books soon enough.

Thanks again James and everyone enjoy the music!