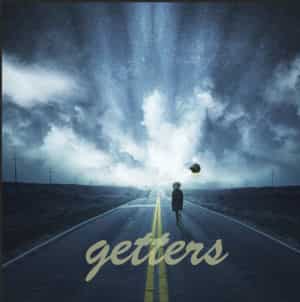 Can you give us a little background information about the band?

Hi Neufutur, this is Jerry Nettles answering here. Our drummer, Micah, and I have been best friends for nearly two decades.  I have probably known Chris for nearly that long as well.  Sometimes I forget how persistent Micah can be, and let me tell you, he was PERSISTENT about getting me to start this project with him!  At its origin, the last thing I had on my radar was starting a music project.  I was reacclimating to Houston, missing my music industry job in NYC, and had been managing a few Houston based artists, with Micah, so dusting off my guitar and being creative just was not something I felt inspired or inclined to do.  Well, then I just did it, hoping it would get Micah to shut up, and retrospectively I am glad I did.  It has been a constant, positive part of my life ever since.  Fast-forward through the entire writing process (I will address it elsewhere) and now we are immersed in the “fun” part…marketing, strategizing, advertising, and deployment.

How did you ultimately come into creating music?

Music has been a passion of mine since an early age.  I attended a performing arts school and signed my first record deal at seventeen.  Shortly thereafter, I met Chris and Micah through the Houston music scene.  Our former bands toured far and wide together, and as those bands ceased to remain, I opened a full-service recording studio here in Houston.  One of the first clients I had was a new band Micah started, so we continued working together musically.  He even convinced me early one morning to wake up and get in his band’s van because their 2nd guitarist quit and the needed someone to fill-in.  I ended up “filling-in” for about 2 years, lol!  Once I decided that touring was not for me anymore, I took my first industry job in NYC for a record label called X5 Music Group.  I worked there for 4+ years until moving on to work with an industry legend, Ron Burman, at Mascot Label Group.  After an unfortunate change in my personal life…divorce…I came back to Houston and one day Micah was convinced that we needed to start making music together again.  After a significant amount of reluctance and blatantly ignoring his persistence, I caved.  That brings us full circle, back to a place of creating music that moves us.  That is a tough feeling to beat!

What does your recording set up look like (e.g. what do you use to record, what are your favorite tools)?

Have you seen the documentary “It Might Get Loud”?  If so, you may remember the scene where Jack White is building a guitar with a piece of wood, a coke bottle, and a guitar string (something along those lines).  Well, that is pretty much how I feel when putting together my current recording rig.  I have an 8-year-old stock MacBook Pro with GarageBand, a 21-year-old Fender Strat, a 50-year-old Gibson acoustic, an Arturia key lab controller, a focus right solo interface, a few mics, and whatever instruments, batteries, kids’ toys, or household items that are relatively close to make a sound that will work with what is in our heads.  So, my recording setup is essentially a mobile lab, a hodgepodge of gear and equipment from my old studio, so whether the session be at my apartment or at Micah’s house, that is where we get it in.  Funny note, we are releasing a live version of “Row” soon and we tracked drums simply by placing an iPhone above Micah (drummer), no beat detective or any editing the performance at all.  Just set up, perform, and let the song take it from there.  I would love to talk more tricks with you another time.

When the nine-year-old son of your drummer sends you a text message of a piano part he wrote and asks you to make it into the next Getters song you just cannot say no, and that is what happened here.  Micah’s oldest son, Ronin, had recently started in the piano program at his school and was overly excited about the new music project his dad and I had started, so he wanted to be part of it somehow.  I took his piano piece and wrote what it inspired me to create.  Later that day I sent it back to Ronin and asked if he thought that was cool.  Did not take long for his dad to hear it and tell me we are 100% going to make this into the next Getters tune.  From there, Micah and I developed the song and since we did not have a singer at the time, my brother, Brent Nettles, said he would try to slap a vocal on it.  He wrote the pre-chorus “and I wanna make you feel alright…”.  In the not-too-distant future, Chris came on board in an official capacity, and he was able to finish the song vocally from there.  It ended up in a place that felt very natural and close to us.

What does the video for “Row” add to the overall message the band is conveying with the track?

The video is a sci-fi representation of what the three of us were feeling at the time the song was written.  We all felt stuck, in our own ways, with where we all were individually and sought to find a way out to a more positive place.  The video depicts the three of us being hunted by a time traveling assassin and, in the end, we ultimately have an opportunity to change our course and get back on a better track.  In the real world, we had each other and this project to find happiness, purpose, and desire, and that was what we all so deeply needed.  Happy to be where we are now!!  Growing pains are not always fun, but we made it out the other side…better, stronger, unified.

“Row” and your first single “Tidal Wave” showcase two distinct sides of the act. What other sides to the band will we get as we get closer to the 6/24 release date for your new EP.

On the EP, I think there is a track for everyone, something to appease a variety of moods and feelings.  We never set out to have a specific sound, or range of sounds for that matter, so we were able to naturally grow close to different songs for different reasons, and those were the six that made the EP.  You will find various types of songs with differing focuses on lyrical content and vibe.  We are happy to have an eclectic collection of songs that leaves us wide open for writing in the future.  And speaking of that, we are already in the studio working on the follow-up.  Exciting!

How has the current pandemic changed your approach to creating music and playing to audiences?

Not really, no.  From the onset of starting this project, pre-pandemic, we have always had a non-traditional approach to things.  We never rented a rehearsal space to spend hours upon hours in writing songs.  Instead, we let our kids run play together while we sat in front of a computer to craft ideas.  Once we had a small collection of songs that we really liked, we shared those sessions with various individuals to start getting melody and lyric in place.  For those who could not come to us, we had writing sessions via Skype.  We consider ourselves the Nintendo generation: we want things done now, we technically wanted them done yesterday, and we want even more done tomorrow.  With that eagerness (impatience) we have long since fully embraced the digital age and aim for immediate results.  Now, had the pandemic never occurred, we would find ourselves frequently performing live, but with the recent rollout of the vaccine and a multitude of states making the decision to open back up, I believe fans will be finding us in a live setting sooner rather than later.

If anyone has any interest in taking the stems from any of our tracks and sampling or creating other original ideas from them, A) that sounds awesome but B) just shoot us a DM on Instagram.  That is our most monitored social media platform.  We would be extremely interested and open to such opportunities.

I once heard that life is like a box of chocolates, kidding, not going there!  But you know what, life does tend to give you back what you put into it.  Chris, Micah, and I find that the more positivity, transparency, respect, and care we show each other through building this project, the better the result yielded.  I think that ideology extends beyond the parameters of this band and into our personal lives with our spouses, girlfriends, children, friends, and families.  In an attempt not to speak in cliché’s, because we all know that no matter how positive the intentions that you do not always achieve a positive or desired result, but damnit, when you do your best to do right by yourself and others, it just feels better no matter the outcome.  Be good everyone!!