Marshall Oakman – At The Boiling Point 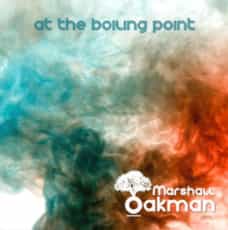 Marshall Oakman’s latest single At The Boiling Point has an immense sound. There’s so many distinct things occurring at any one second during the track that fans will have a field day finding each twist and turn that’s been placed within. There’s a goodly amount of classic rock, a bit of honky tonk, and enough guitar work to keep things lively from the first moment until song’s final note. Whether it be adopting the best parts of country rock, modern rock (e.g. The Cars) or fomenting something his own during this cut’s run time, Marshall Oakman has hit it out of the park with At The Boiling Point.