A few moments with Greg Hoy and The Boys 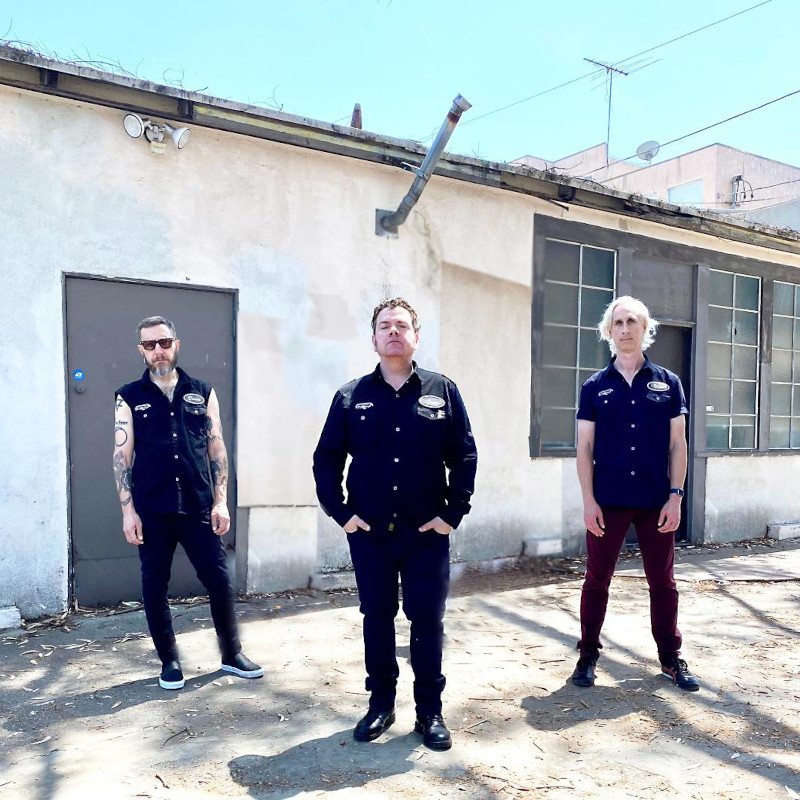 Greg, how do your New Jersey roots play a part in shaping the Greg Hoy and The Boys sound? How and when did you and The Boys officially meet?

Being born as a songwriter in New Jersey gives me certain rights. Example: my top two karaoke songs are ‘Livin’ on a Prayer’ by Bon Jovi, and ‘It Was a Very Good Year’ by Frank Sinatra. (Fun fact: I won a karaoke contest at one of my day jobs with the aforementioned ‘Livin’ on a Prayer’ – the prize was an XBox which I sold and used the money to buy a guitar).

There’s also the Bruce Springsteen reference in having my name ‘and the’ as the band’s name. Unlike the E Street Band, The Boys is a constantly revolving cast of exceptional rhythm sections. There’s bass players and drummers all over the United States that claim stake as an official ‘Boy’: New York City, Denver, Minneapolis, San Francisco, Pittsburgh. The beauty of this arrangement is flexibility. Trust me: trying to find available, talented, and nice musicians is always an ongoing quest not unlike finding a great slice of pizza at 1am in Manhattan. And once you find that pizza shop, you remember it, and return to it again and again.

Talk about your relationship with playing live music for your fans. Seeing your track record for touring, and knowing you are wrapping yet another tour this month, what are some of your favorite tour-related memories?

Touring is something not to be taken for granted. Two of the caveats the musicians that join me for tour know are great hotels, and great meals. The days of crashing on friends’ floors or onstage at the venue we just played are long gone. Toss in a lot of local down time exploring new cities with record / music stores, bars, and thrift shops, and the result is us acting somewhere between an elevated tourist and an excited pirate.

One story from this latest tour of the east coast involves finding a replacement bass guitar after the first gig in New York. Guitar Centers are wonderful, ubiquitous places with lax return policies staffed full of whimsical, unique employees eager to help sell you a long term $80 warranty on an item that costs $20. And there’s a fine line between exciting and exhausting. Let’s just say we crossed it after the 7th or 8th store in the northeast.

What led you to write and produce the latest single “Demons At Night”? Why was it so important to bring this Van Halen-inspired song to reality?

My musical hero is Eddie Van Halen though to be clear not for guitar playing (although this, too, eventually captivated me). The song ‘Jump’ featured perhaps the most recognizable keyboard part of that decade… of all time? Maybe so. As a young boy in Pennsylvania, I’d venture in to various department stores with names like Hills, Murphy’s Mart, and Gee Bees, march right into the electronic section, and immediately perform ‘Jump’ with the synth horn preset sound on whatever Casio or Yamaha cheap budget keyboards sitting out on display. The best stores also had an Atari or Intellivision video game console setup running to a crappy 13 inch color television.

I want to take this moment to apologize to whatever minimum wage employees sat in these sections watching as tiny snot-nosed aspiring rockers like me came in and played terrible versions of 80’s songs all over their keyboards. It should be noted Journey’s ‘Separate Ways’ and Rush’s ‘Tom Sawyer’ were also often attempted, mutated into awful, unrecognizable paff particularly if my fingers were sticky from the store’s butter-like version of free popcorn procured at the entrance. I mean, you have to admit these places were asking for it. It’s a lost experience unless, of course, you go to a Guitar Center in the northeastern United States (minus the popcorn).

Where are the Van Halen influences most noticeable in the song and music video? What Easter eggs are worth noting for audiences to look for and understand?

The Eddie Van Halen striped guitar is well-represented in Vanama, Rockin’ Ryan’s 1969 Econoline van he painted to match it. My Kramer guitar in the video is from the 80’s and was based on Eddie’s. My JMP Marshall is from 1979 which is very ‘period-appropriate’. We did our best ‘sharing the microphone’ vocal takes which is a solid 80’s hair metal video cliché.

What was your experience shooting the music video for “Demons At Night”? How does it compare and differ from some of the band’s past projects?

It’s been nice being back together in the same room or space with the band for videos. For about two years there, we were just sending clips and files back and forth during the pandemic. Also, we’ve never dressed up as ‘another band’. We shot the footage about a month before Halloween. It was great fun driving around dressed like Motley Crüe, stopping in at one of the best bars in the world (Winters Tavern), playing pool, drinking, and basically pretending to be somebody we’re not (shameless plug for the next single, also from the Van Halen influenced recordings, called ‘Everybody Wants To Be Somebody They’re Not’.)

What other exciting projects and/or events does Greg Hoy and The Boys have in store next?

Our last tour is in December up and down the California coast. Then it’s hibernation to finish some new recordings for the new year. I’m also in the middle of moving my studio. Any musician knows moving studios is a big ol’ pain. Just when you’re getting used to a space… however, I’m a big believer in new energies around spaces. Every place I’ve lived since I started recording in my parents’ basement in Pennsylvania I have recorded and released at least a few songs. It’s like a little diary of my time on this astral plane. It’s also always cool to mic up a guitar amp or snare drum in a new bathroom or closet just to see how it sounds!