American Warships is a star-studded film; Mario Van Peebles, Carl Weathers, and David Polisky provide valuable direction to this flick. The USS Iowa is set up against insurmountable odds as aliens look to take over the world. The visual graphics of the title are par for the course and would be welcome on a SyFy title, while the inclusion of up and coming actors add a little bit of realism to this otherworldly tale.

I believe that the title is influenced by the radio series of the fifties and made stunning through the inclusion of computer-generated effects. American Warships will capture the attention of viewers and not give it up; one eagerly anticipates who will die and what ultimately happens to the USS Iowa when it is up against an incredibly strong alien invading force.  The video quality of this DVD is stellar, while the audio ensures that no bit of dialogue or utterance is ignored by viewers.

American Warships is the perfect popcorn flick and will be a welcome addition to the libraries of any film buff. While Battleship was a box-office flop, American Warships knows precisely what it wants to do and realizes this goal perfectly. You can purchase this film at any well-stocked online or brick and mortar retailer. 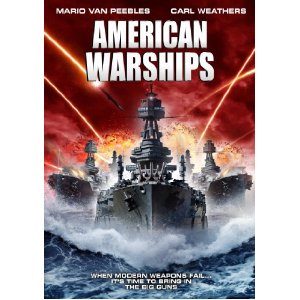