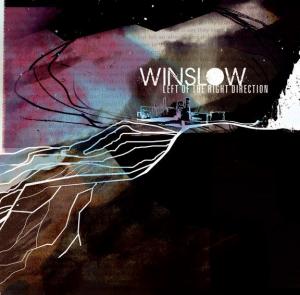 Left of the Right Direction begins Ain’t That A Shame, establishing Winslow as an incredibly taut act. Nothin’s Easy further solidifies the technical ability of the band.

Quarter Life showcases the emotional intensity of the band. While the CD has focused on their deft blend of pop and soulful rock, I feel that there is considerable emotional content that will increase the replay value of this album considerably. While listeners take a few listeners to unravel this content, they will be sent adrift by a band that works perfectly together and that can create a sound that is decidedly greater than that of their constituent parts.

The second half of Left of the Right Direction begins with Everyday, an effort that continues with a dedication to the same strong music and inspired arrangements that begun the album.; Everyday is a notable track because it shatters the conception that bands have to place their weaker efforts at the later registers of their album. Everyday is a track that will have listeners up and active, providing them with the momentum that they require to finish up the album.

Make sure to check out their website for more information regarding the band, their tour dates, and any other news that may be going on in their neck of the woods. While this album took about five years of lineup changes, I feel that there has been considerable evolution of their style. Winslow is ready for the world on Left of the Right Direction, and I feel that the collection of tracks will make their listeners ready for the band.

Top Tracks: Ain’t That A Shame, Quarter Life, The Change