The Great Gatsby has made it to the silver screen a number of times since it was released to bookstores in 1925. The 2013 iteration of the tale was directed by Baz Luhrmann (Romeo + Juliet, Australia) and stars Tobey Maguire (Nick Carraway), Amitabh Bachchan (Meyer Wolfsheim), and Leonardo Dicaprio (Jay Gatsby). This set comes with four distinct versions of the film: Blu-Ray 3D, Blu-Ray, DVD, and Ultraviolet formats.

Luhrmann’s The Great Gatsby is visually striking, with the costuming and set design allowing viewers to be teleported back to the height of the flappers; the visual quality of the Blu-Ray 3D edition is crisp and vibrant throughout. Fitzgerald’s dialogue is highlighted with a similarly lush audio track. There are a number of featurettes present; the trailer for the 1926 film showcases the differences (and similarities) present between the first and latest retelling of this F. Scott Fitzgerald tale, while Razzle Dazzle showcases some of the fashion trends and fads that took the United States by storm in the 1920s. The key selling point of this release has to be the alternate ending and deleted scenes. When watched alongside the feature film, these scenes provide a considerably different feel to the film.

This comprehensive release can be purchased at any physical or online video retailers. Look to spend around $30 to $40 to purchase a copy. Kudos has to go to all associated for staying true to the source material while keeping the film interesting for audiences in 2013. 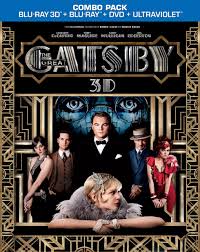