Farscape is a science-fiction show created by the Jim Henson company from 1999 to 2003. The show focused on the crew of a living ship, the Moya. Throughout the show’s run, a number of longher story arcs keep viewers on the edges of their seats. The show ends as strongly as it began, creating an immense galaxy of characters and motivations. The video quality of Farscape is absolutely stellar, with a crispness and richness of colors that keeps things eye-catching for anyone watching in. A similar quality is evident in the audio tracks for each episode. The clarity of dialogue and atmospheric noises increases the level of immersion that viewers will have with the show.

There are a number of additional features that are present in this release. This means that there is an exhaustive documentary (Memories of Moya) with cast and crew alike that look into the events that occurred during filming as well as the show’s overall impact on popular culture and science fiction alike. The sheer depth of commentary (35 episodes are given the audio commentary treatment) will have the 68-plus hour runtime increased considerably. Ephemera including the original promo clips from the show, a number of deleted scenes, and earlier documentaries showcase the then-current ways of thinking about the show and its broader societal relevance.

One can purchase the blu-Ray or DVD Complete Series of Farscape at well-stocked local video stores and online retailers. Look to spend about $90-100 for the DVD set and $75-85 for the Blu-Ray edition. This set would be the perfect holiday or birthday gift for any fan of thoughtful stories, interesting graphics, and some of the most tautly written science fictions to ever grace the airwaves. 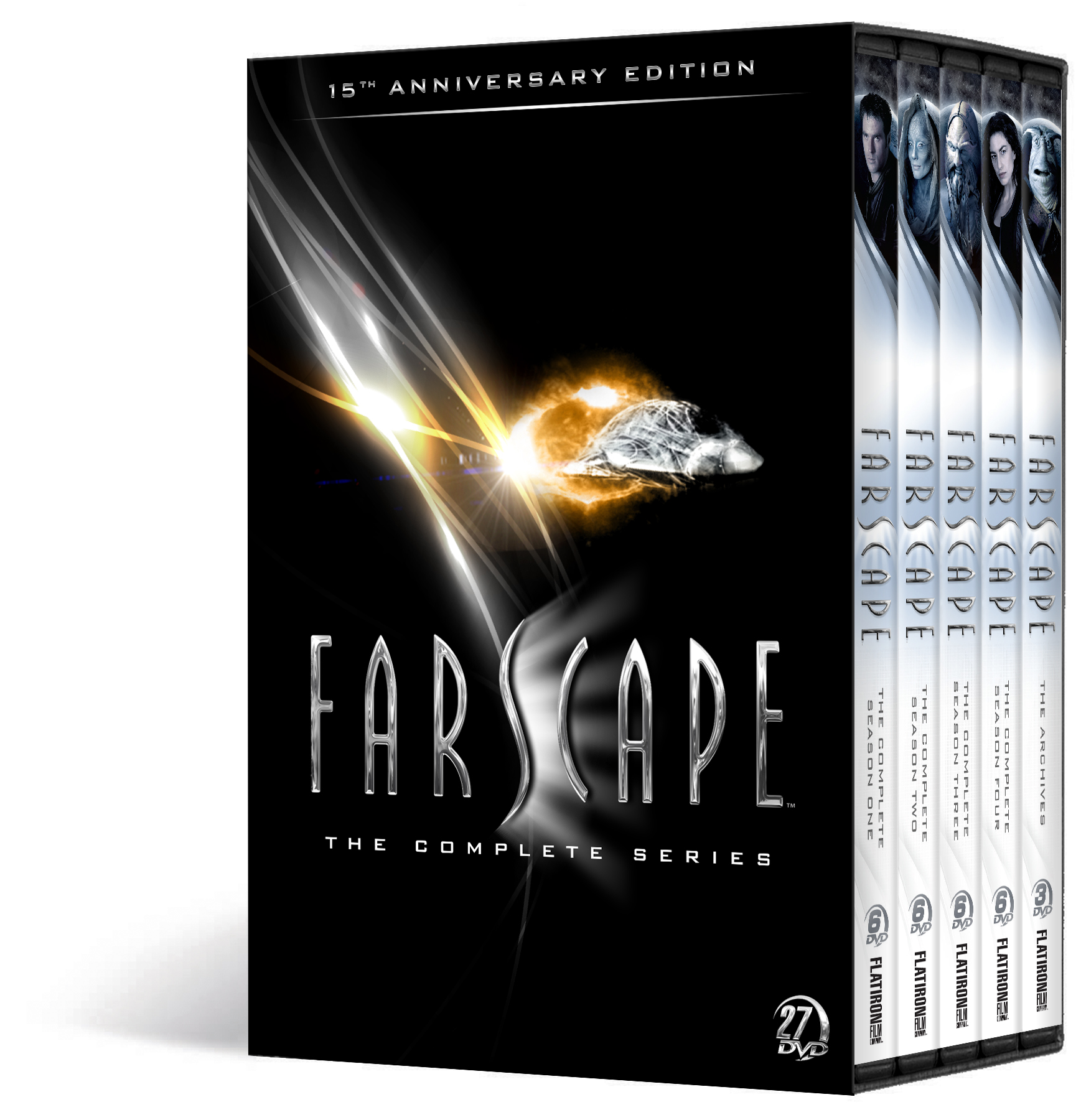