Ryan Gosling shines in this title, which focuses on the tumultuous life of Julian, an American that has set a fighting club in Thailand; while operating at the fringes of the law, Julian is able to keep things working nicely until eir brother Billy (Tom Burke) is slayed by various unsavory elements.  The careful life that Julian had created for eirself falls to pieces as elements from eir family and business associates create greater chaos. The title takes up hints of action, drama, and expands upon the revenge sub-genre in a fashion that is influenced by Tarantino, Rodriguez, and Peckinpah.

The audio commentary that is laid down here is stellar, providing viewers with a sense of the sheer amount of work that went into the creation of the world in which Only God Forgives is set. Further context is given to the specific decisions made by characters in the film, while there are certain props, sets, and other inclusions that would otherwise be missed. The Blu-Ray of Only God Forgives provides viewers with about 12 minutes of director discussion about the title, along with a further 9 minutes about the direction of Cliff Martinez in creating music that accurately captures the mood of the flick.

A copy of Only God Forgives on Blu-Ray will set purchasers back around $17-20. The ample amount of featurettes that are present here make this into a must-have. Make sure to pick this up for any Gosling fans, or for those that can unwind with an intense and well-told film. 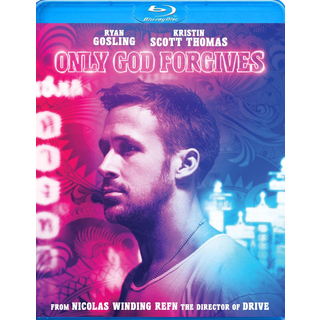