Hello, Josey. It’s a pleasure to meet you. Cowgirls is your latest track. Can you provide us with an insight about how the track came to be?

Cowgirls is a song that we had on the back burner for a while because we could not completely decide on if I should do it or not. Finally we decided we would go ahead and cut the track. I worked with the same studio that I worked with on my first track. I loved recording this one because it was so upbeat and fun. I also could connect to it really well considering I did rodeo for 8 years before I got into music. 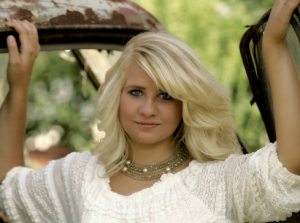 To go further back, how were you introduced to country music?

It’s just always been my genre of choice. That’s what my parents always listened to, so it just rubbed off on me, plus doing the rodeo kept me with the country roots. I have always loved music and singing. It was something that I always caught myself doing. My music career I would say started whenever I did rodeo. I would sing the National Anthem whenever I was asked, which turned out to be a lot. In 2010, I was invited to sing at the National Steel Guitar Convention. I was able to perform on the main stage which was a while new experience. I loved the feeling and the fact that I was the entertainment for all of the people watching. After I was done, I had a lot of people approach me and tell me that they enjoyed it and that I should try out the career. After talking to my parents about what people had told me, we decided that we would give the career a try. So, we just jumped into it and started.

How have listeners from outside the United States reacted to Cowgirls?

I’ve had a lot of response about my music from all over the world. It’s had international airplay and I’ve even had radio interviews with people in other countries. It’s pretty awesome knowing that people are listening to me all over.

You’ve done charity work in the past. What causes have you supported, and what overall issues are important for fans to educate themselves about?

I’ve supported quite a few causes. The organizations that I really support are Angels and Doves, a non-profit anti-bullying organization, and the Shriner’s Hospitals for Children. I am a spokesperson for Angels and Doves. They go around and talk to schools about bullying and how to handle the situations. They instruct people on what to say and who to get involved. I am also a Shriners Hospital Patient Ambassador. The Shriners Hospitals for Children is both an organization and a hospital. The Shriners raise money for the hospitals and allow families to get the medical attention their children need without having to deal with a lot of medical bills. They are both amazing organizations that I am very proud to be a part of.

Given the chance to play with anyone past and present, who would you tap for an all-star concert?

There are so many people that I would love to be able to perform with. I would really love being able to go back and perform with Patsy Cline. She’s just an artist whose time was cut way too short and had a voice that no one can replicate. I would also love to sing with George Strait. Considering he had his last tour, I think it would be a huge honor. Pretty much any well-established artist would be a huge honor to perform with.

It’s had a huge role. Anymore, it’s pretty much a necessity to have social media. It’s the easiest way to keep in contact with fans and to inform people about your career. It’s definitely much easier than having to put up posters all over town.

How can listeners hear and purchase their own copy of Cowgirls?

You can listen to it on my website, www.joseymilnermusic.com or purchase it on either iTunes or Amazon.

How can individuals get in touch with you?

2014 holds a few different things for me. Right now, we are working on releasing my next single called “Down by the Bonfire”. It’s going to be a really good follow up to Cowgirls. We are also working on an EP which we’re hoping to have released by the end of this year or towards the beginning of this coming year, which might possibly include an original song that my producer and I may or may not be writing (hint, hint).  Along with shows, just continuing to build the career.

Do you have any further comments for NeuFutur readers?

Thank you so much for the interview and thank you to anyone that has helped me with my career. Thank you for all the support and encouragement. It has truly been an amazing career so far.