Though Bonnie Raitt was nearly 20 years into her career by the time she released Nick of Time, her 10th album, it was that record that really brought her Blues-infused rock to the masses. UMe has just re-released this seminal album on vinyl in honor of its 25th anniversary, remastered from the original analog tapes. 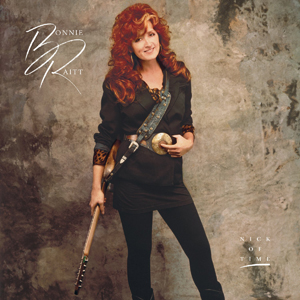 Nick of Time went on to sell five million copies and snag a handful of Grammys (including Album of the Year) and is just as relevant today as when it was first released. Songs like the title track, “Thing Called Love,” “Love Letter” and “Have a Heart” hold up remarkable well, as do some of the deeper cuts that were never released as singles (most notably the weeper “Too Soon to Tell” or the Raitt-penned “The Road’s My Middle Name”).

Here’s hoping the equally great Luck of the Draw gets the same vinyl treatment in a couple of years.