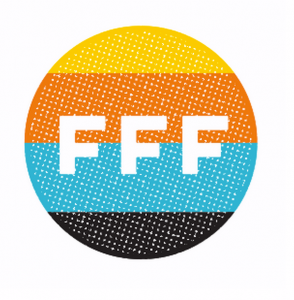 He smilingly replied that if Pink Flamingos was released when he was thirteen, he would have been strung up backwards and set on fire. Glowing from meeting John Waters, I decided to eat some delicious food from local venders, Tamale House.  By the time I got done, Dinosaur Jr took stage. Something about the sound was pretty fucked up. It my have been the bass amp but Mascis and the boys kicked out the jams like it didn’t even matter. They are legends for a reason. I then inched my way towards the stage that Judas Priest was set to grace. Halford was ridiculously on point with his powerful howls and operatic vocals. He must have changed into five different leather jackets during the set and even rode a motorcycle onstage at one point. It wasn’t just a concert, Priest were putting on a spectacular show. The band did everything from “Breaking the Law” to “Turbo Lover”, and every other timeless hit that you might expect. What a great way to end the night.
The second day started off with some bloody wrestling and continued with some awesome musical acts. Nas took the stage, performing his classic debut Illmatic in full.  Many people would call it the greatest hip hop album of time and it’s definitely in my personal top five. It was chilling to hear “The World Is Yours” and “NY State of Mind” in real time, instead of on my stereo like I have countless times. He even played some songs from later albums and the crowd still loved it, begging for more. King Diamond was up next, looking menacingly evil. I knew it was time for theatrical power metal played with technical precision. I am a casual Diamond/Mercyful Fate fan and enjoyed their elaborate, ghoulish stage production which looked like a haunted house.
By day three I was exhausted– having partied harder than Andrew WK. I didn’t catch much music until dusk, the perfect time for Chelsea Wolfe to play her brand of beautiful doom. She played a gripping set, touching on songs from every album. It was short and sweet. Almost too short. I wanted to stick around for Neutral Milk Hotel and catch Cleveland’s Party Plates that night but my body was depleted. On top of that, I forgot where my car was parked.
The festival came and went so fast. It was a whirlwind of excitement and dehydration which I can’t wait to partake in again. Kudos to the men and women behind the fest for making it another successful and FUN year.