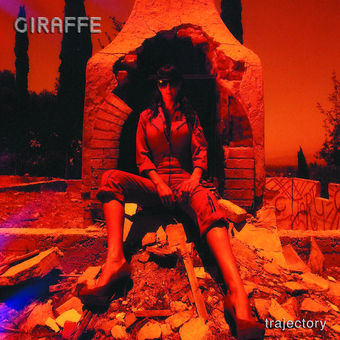 I Don’t Care is a perfect introduction to fans, as the effort showcases the vibrant side of the act while leaving just enough play for Giraffe to be able to expand upon this first effort. The track blends together traditional and alternative, calling back to The Donnas, The White Stripes and the power-pop of Boston  and Cheap Trick. The deliberate and driving beat of I Don’t Care establishes a quick momentum that dovetails nicely into Come Find Me. The complex time signatures and dense, deep arrangements that open up the composition require listeners to spin the song a number of times before understanding everything that has been put into this three-minute effort. Vocal and instrumental efforts combine to create something greater than the constituent parts as Giraffe makes something alluring and effecting. I’m Not Sorry is a front-forward, empowered effort that showcases the ability of a strong person to shake off the poison and problems that were present in a previous relationship. By saying that it is ok to move forward with one’s life, Giraffe is able to have a good message alongside a rock track that elicits comparisons to The Anniversary and Bif Naked.

Uncomfortable is the penultimate track on Trajectory, showcasing that acts can create something strong from the beginning to the end. The track adds reggae and ska influences to the track; Gayle’s vocals here are given highlighting at the right points; the instrumental dynamic created here gives a spotlight to the rest of the band.

Gone concludes the Trajectory EP and stands both as an emphatic ending for the sounds and styles that preceded it and as a set of clues about the music that will come out in the following months and years for Giraffe. A solid preview to an impressive act.