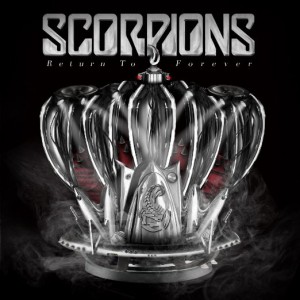 The timeless Scorpions are celebrating their 50th anniversary as a band and have been performing throughout the United States in a blaze of hard rock, pulling out classics and deep cuts alike for their World Tour. This 50th Anniversary tour hits up the Jacobs Pavilion in Cleveland, Ohio tomorrow night at 7:30 PM. Queensryche will also be performing at the concert, ensuring that anyone attempting will be rocked for a solid three hour block. The weather in Cleveland tomorrow is going to be beautiful with a high of 75; a brisk wind will be much appreciated in the semi-enclosed pavilion. The band is rocking through the United States through the end of September (Chicago on Saturday, Greenwood Village, Colorado on Tuesday), October (dates in San Jose, Inglewood, Las Vegas, and Kent (WA)) before making the journey to Europe in November. The Scorpions’ latest (18th chronologically) album, Return To Forever, is available from online and physical retailers this week; the band’s latest single “We Built This House” blends compelling lyrics and a driving beat with the supersonic guitar work and splashing drums that have been a hallmark since the act’s beginning.

Tickets to tomorrow night’s show will run about $55; the area around Jacobs Pavilion has a number of parking structures with approachable prices along with on-street parking. With a bevy of new and classic designs, the extra bucks saved from grabbing a surface spot ensures that fans will be well-draped in Scorpions regalia at the end of the night. Make sure to keep an eye out at your local theater as the Scorpions’ documentary Forever and a Day begins airing on 10/14.