Scorpions – Forever and a Day (DVD) 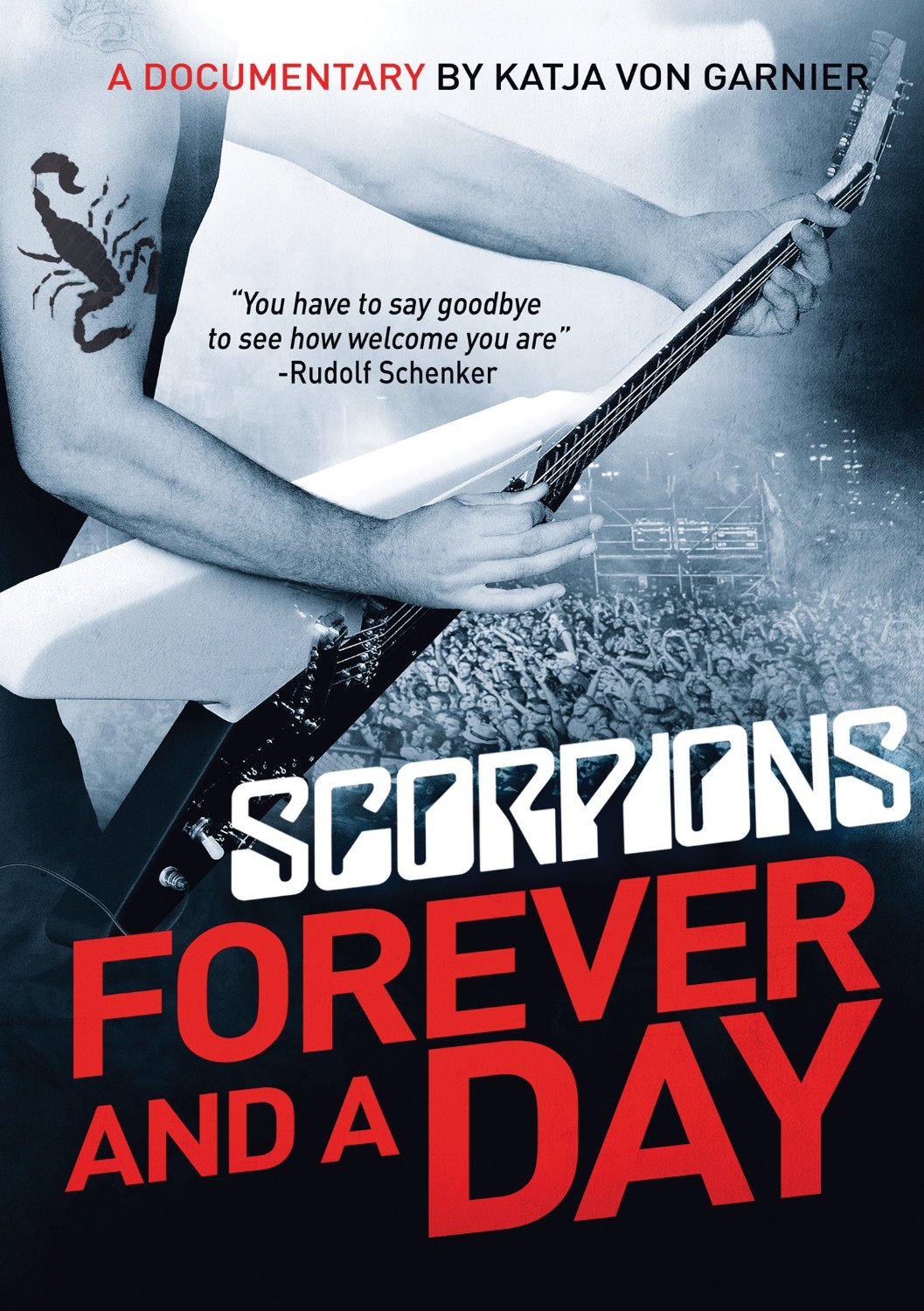 The German hard rock mainstays, Scorpions, may not the most commonly name-checked band by young metal groups looking to up their street cred when citing musical influences, but the band has been rattling teeth longer than many and has turned in some great albums over the years. In the documentary “Scorpions Forever and a Day,” filmmakers document the band’s three-year long farewell global tour, which kicked off in 2010. As told through interviews and some really cool archival footage, the band traces its genesis back to Hanover, Germany in 1965 when guitarist Rudolf Schenker formed the band.

Klaus Meine joined as singer four years later and along with Schenker became the constant in a group that saw a slew of line-up changes over the past several decades. The band talks early on in the film about their ambition for global appeal which is why they decided from the beginning to sing their songs in English, despite the fact that none were native speakers of the language.

The filmmakers have tracked down a number of former band members to talk about their time in the Scorpions, along with interviews from label and industry folks, as well as contemporaries in the hard rock and metal worlds (Don Dokken, Paul Stanley, Danko Jones, etc.) and impressively the former head of the Soviet Union, Mikhail Gorbachev.

The band is refreshingly frank and honest about their meager beginnings, their massive popularity in the 1980s and their sudden irrelevance in the early 1990s (resulting in years of lost focus and a really bad dance rock record). But, it’s clear from the audiences that came out to see the band on this farewell tour that they capped of their last run of shows with impressive crowds.
Scorpions – Forever and a Day /100 mins/Cleopatra and MVD Visual/2015