With their third record in as many years – and third full length since 2012 – Eureka California are proving to be the Willie Nelsons of indie pop; not a year goes by without at least something new. 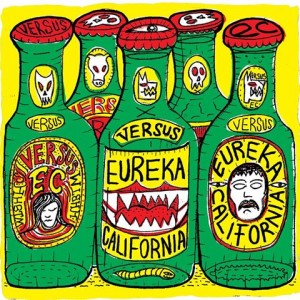 Their latest, “Versus,” finds the Athens, GA duo at its best, playing quirky, witty rock with loud guitars and louder drums. Comparisons to a band like Pavement are obvious, but singer Jake Ward arguable sounds better. You can even hear someone like Jonathan Richman in a song like “Sign You Name With an X” or “Caffeine.”

The 11 tracks here are bursting with neurotic energy and self-doubt, which can be both cringe-worthy at times and easily relatable. Though distortion runs wild throughout the record, the band is just as powerful on the softer tracks, like “Everybody Had a Hard Year.”

Though 2014’s “Crunch” as well as their debut, “Big Cats Can Swim,” were both great records, “Versus” finds the band at its best, with one satisfying song after the next.