Sitting Down with Perth’s Simon Kelly 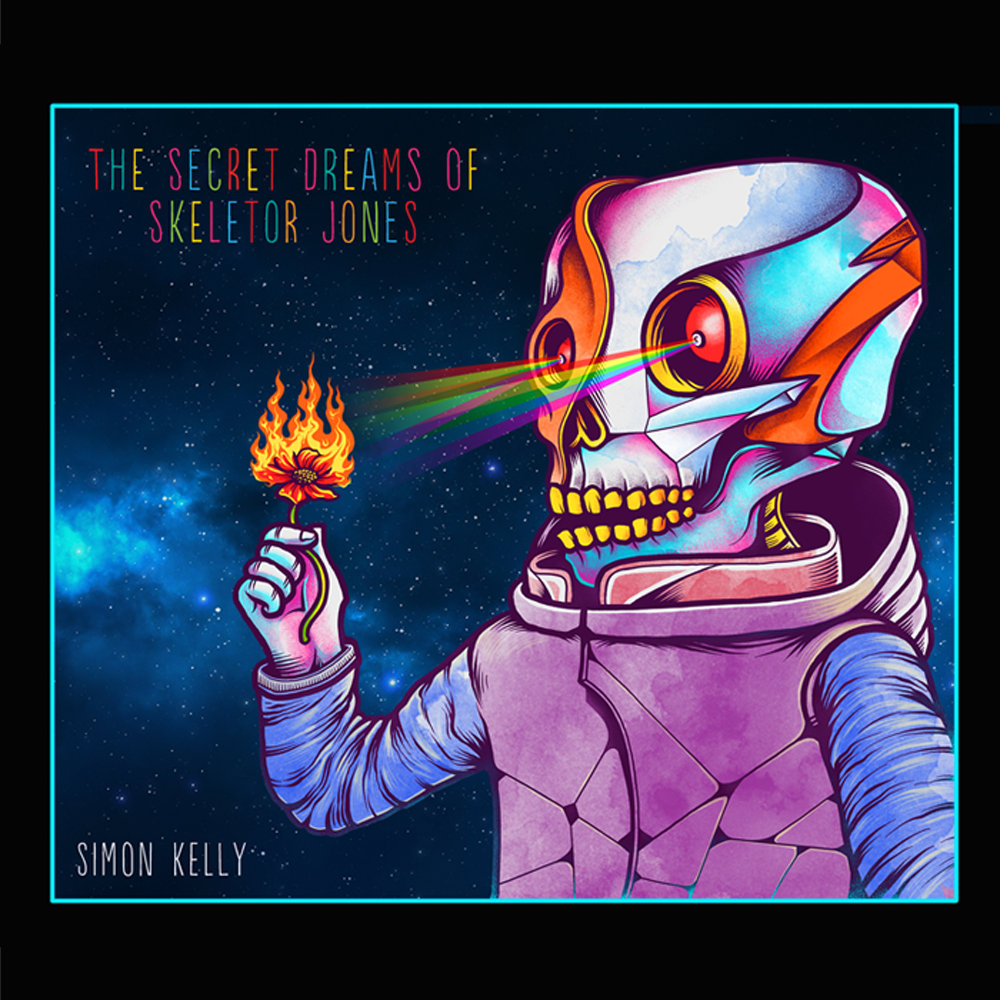 It is cold and wet this time of year so things slow down a little bit. The weather in Perth is beautiful for most of the year and there is lots of outdoor gigs and festivals but the flip side is that people don’t tend to go out as much during winter.

You’re quite busy when it comes to your music, creating not only your latest EP The Secret Dreams Of Skeletor Jones but a companion ‘zine, The Dangerous Times. What significance do these titles hold?
I was looking for a title for the ‘zine and ‘dangerous times’ was a line from one of the songs so it was just a lucky coincidence it sounded a bit like the title of a newspaper.

The Secret Dreams Of Skeletor Jones references one of the cartoons i grew up with in the 80s.  Skeletor was this villain character but he was a bit rubbish, his evil plans were always thwarted by He-Man. My nickname is Skelly. I also kind of like the idea that the songs are like dreams… a bit abstract and blurry around the edges. But there isn’t a definitive meaning behind the album title, it changes from day to day and the more i think about it the less idea i have really.

What is your creative process and what sources of inspiration (e.g. books, television, film) get your creative juices flowing? Is the process different between print and musical media?

I listen to a lot of podcasts and find them to be a good source of new ideas. Musical inspiration is much less tangible.  Musical ideas seem to come from nowhere so it is just about finding time to sit down and allowing them to arrive or making sure that if that happens while i am doing something else, recording them right away.  Once it leaves my head they will never come back. Once you get the initial idea down it will usually spark new ones but to get that initial seed is pretty elusive.

Your body of music takes on a number of genres, adopting bits of alternative rock, indie-rock, pop, ska, and reggae. What sort of artists have most shaped your sound? 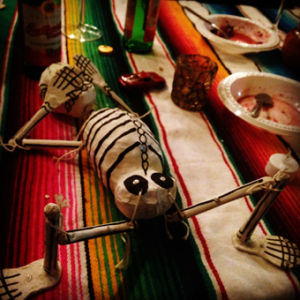 There is way too many to list. Aside from a brief period as a teenager when i listened to heavy metal, I have always had very eclectic music tastes. At home i will often just press shuffle on my iTunes and it will jump from acoustic folk to death metal to classical to hip hop and so on. It drives my wife crazy. There are definitely certain genres that speak to me more than others but there is too much good music to limit yourself to any particular style. It’s kind of like food, I love tacos but that doesn’t mean i want to eat them every day.

In a related fashion, how do you think you’re music has changed from 2009s Gathering Times to The Secret Dreams Of Skeletor Jones?

My creative process probably hasn’t changed that much over the years but i would like to think i am better at crafting my initial ideas into a finished product.

Finishing a song is such a satisfying feeling and i think in the past i would sometimes cut corners to get to that point. I am a bit more patient these days and will follow a song down as many rabbit holes as it needs to go, either musically or lyrically.

2016 is over half-way done. What sort of plans do you have (recording, touring) for the latter part of the year?

I am expecting my first child in the next couple of weeks so i have cleared the calendar out a bit and just playing a few local gigs. I have been working on some remixes from The Secret Dreams Of Skeletor Jones which has been fun. I also just found an old hard drive that has the sessions from my first EP and am doing a remix of the first single ‘Train’.  It has been 10 years since that release and it is still one of our most requested songs. I thought a remix would be a nice bookend to that part of my career before i start this new phase of life.

Let’s talk technology. What does your current recording and music production set up look like? What sort of upgrades do you want to add in the future?

I try and avoid the temptation of constantly wanting to upgrade my equipment.  My recording set up is pretty basic but it is good enough that i am only limited by my ears and my ideas.  On my last album i did everything myself, which was a great learning experience, but this time i really wanted to utilise other peoples expertise.  I still did a lot of stuff at home but i used a friends studio in Perth to record my vocals so i could just concentrate on performing, rather than having to engineer and edit myself at the same time.  I used an online session drummer in Miami, it was mixed in Tokyo and mastered in Montreal. I definitely see myself working that way more in the future.

How can NeuFutur readers find samples of your music?

The easiest way is probably through Bandcamp
. My website is simonkellymusic.com but there should be something to check out on most platforms.
Please follow and like us: