Scott Smith – “Down To Memphis” 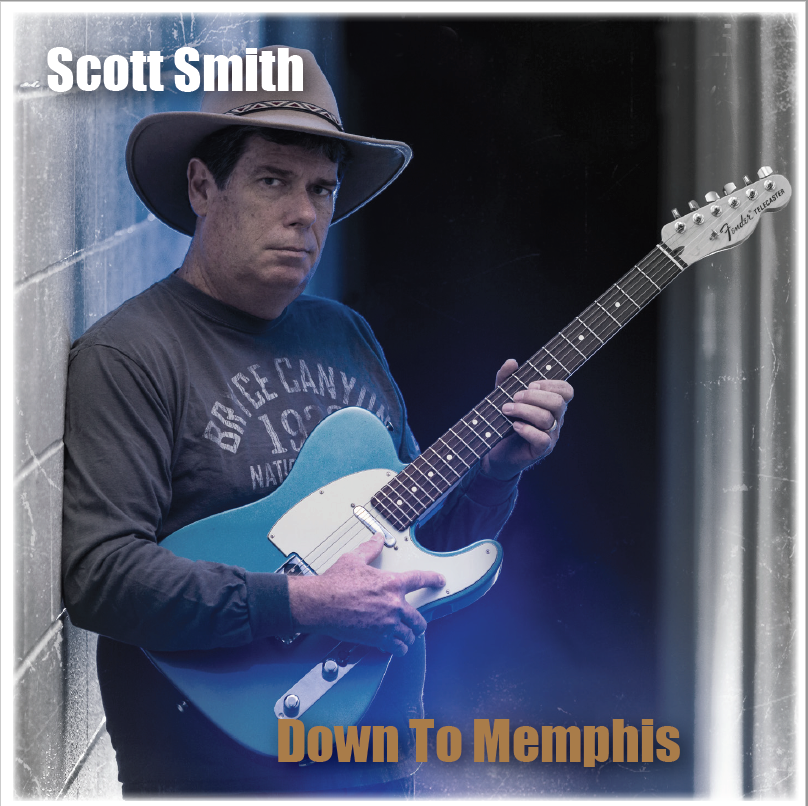 Down to Memphis is the titular (and opening) song from Scott Smith’s latest release. The track has a luscious production that allows Smith’s vocals to reside front and center. The narrative content of this introductory effort immediately catches fans (both old and new) up on Scott’s back story and intent for this release.
Just Another Saturday Night’s instrumental beginning is powerful, showcasing the unique arrangements that play at the background of Smith’s release. A secondary vocal further hammer home this track as different than Down To Memphis. The two tracks are similar in the sense that there is catchy instrumentation, a strong vocal contribution by Scott, and a coherent sound that will have listeners tapping their feet by the end of the song.
Skeleton and Rose is another of the strongest tracks on Down to Memphis. A rapid tempo and all-in guitar and synth playing allows the track to tattoo itself deep into the minds and hearts of listeners. An extended instrumental section is present here, keeping things lively and further highlighting Scott’s vocals.
Top of the World is the concluding effort on the Down to Memphis EP and is much more of a contemplative effort than the rest of the release’s fare. The instrumentation bursts through at points, providing an exclamation mark that will draw listeners’ attentions. The complexity of Top of the World is considerable and requires listeners to play it a number of times before hearing every note and dynamic that has been secreted away by Smith. The Down to Memphis EP is available on Spotify and Amazon; keep an eye on Smith’s domain for the latest in updates about the performer.

Top Tracks: Just Another Saturday Night, Top of the World