Hit So Hard – A Memoir By Patty Schemel 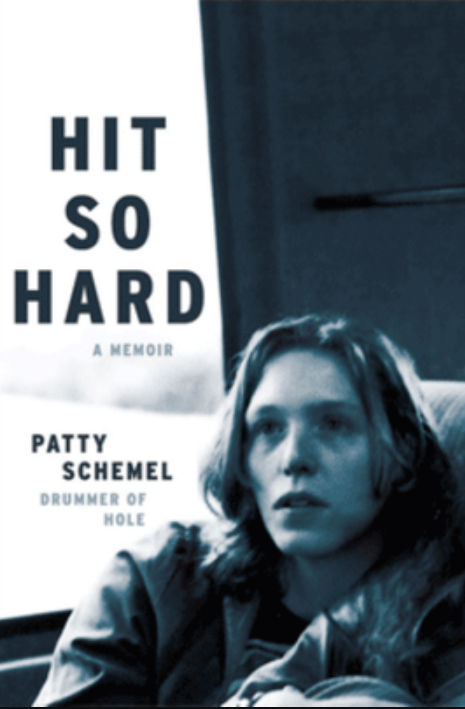 You know you’ve got a drug problem when Courtney Love – circa the late ‘90s – is taking part in your intervention.

But such was the case for Patty Schemel, a stellar drum who’s played with over a dozen bands, but is probably best known as the drummer for Hole. Her memoir, Hit So Hard is an unflinching look at her life and the role drug and alcohol addiction played in it. In fact, recovery played a part in Schemel’s life from day one. Her parents were both recovering drinkers who met in AA.

“I’m surprised my first spoken sentence wasn’t ‘Hi, my name is Patty, and I’m already an alcoholic,’” she writes on the first page of the book. So, the precedent for honesty is set at the very start and what follows is a fascinating, sometime tragic, but ultimately redeeming look at the life of a musician who was seemingly on top and managed to screw it up over the course of the next decade or so.

Schemel also opens up about those close to her that never ended up surviving their addictions, like Kurt Cobain and her bandmate in Hole, Kristen Pfaff, who died of a heroin overdose. Love is obviously covered quite a bit in the book as well, considering her longtime friendship and collaboration with Schemel, and while the author doesn’t sugar coat Love’s own problems, neither does it come across as gossipy.

Even getting kicked out of Hole for her drug use wasn’t enough to sober Schemel up.  She continued to gig with bands like Imperial Teen and Juliette & the Licks, but those opportunities eventually ended as well, and she found herself living on the streets for some time in Los Angeles, getting crack by any means available. But, after decades of using and countless attempts to sober up, she finally found the courage to try one more time and as a result is now clean, still playing drums and has a new life with her partner and daughter. It’s amazing Schemel lived long enough to write this book.

Hard to read at times, Schemel’s staunchly frank examination of her life, the good and bad, in “Hit So Hard” is a fascinating read.