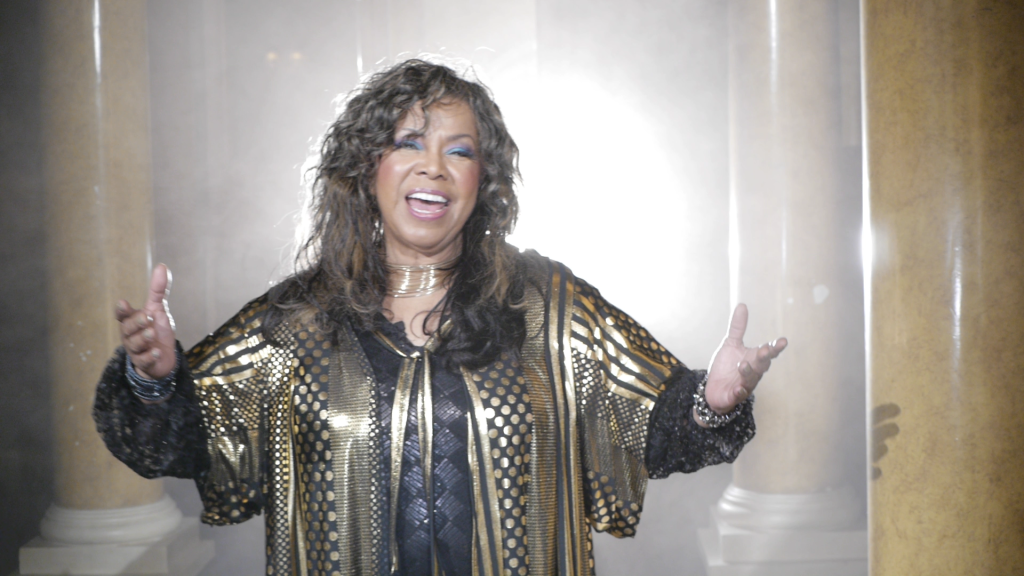 Kathleen Brooks is a bright example of an artist who follows her Muse wherever it leads her. She’s shown considerable talents as a recording artist, actress, director, playwright, and even an educator, but she’s also shown the unique confidence to make an equal go of these pursuits thanks to her willingness to take chances and the needed confidence to make them pay off. Her qualities in this area are in full review on the release The Soul of Rock ‘n’ Roll which, as its title implies, is a wide ranging collection that attempts to span different styles and sounds to match Brooks’ ambition for the project. The fifteen song collection is intended to serve as the soundtrack for her stage musical The Legend of Kristy Love in the Soul of Rock ‘n’ Roll and the music definitely works well in that regard.

“Keep Believing/Believe in Yourself” sends the album out of its corner with a lot of spirit and confidence. Brooks makes frequent and creative use of backing singers on The Soul of Rock ‘n’ Roll and, with this song, it gives the track an almost gospel like affect. There’s definitely a bluesy color filling Brooks’ voice, but it’s never a quality she underscores line after line and, indeed, shows a remarkable skill for transforming her voice to suited different styles on this album. There’s a funky side to her musical character that comes through at numerous points during the duration of The Soul of Rock ‘n’ Roll and the deep, swaying groove embraced by the arrangement of “Without You” represents one of the album’s high points. Brooks’ voice moves like quicksilver over the top of this wonderful backing track. “Good to See You” has a languid pace and stretches melodies out in a long, relaxed fashion. It’s definitely the album’s first decisive nod to soul music and a first class winner. Brooks has some fine backing vocal talent on The Soul of Rock ‘n’ Roll as a whole, but she excels on this track much higher than before and leaves a stamp on listener’s memories.

“Love is On My Mind” is one of the album’s most “constructed” numbers, but it isn’t so pieced together that it comes across as lifeless and inert. Instead, the heavy stylization gives Brooks and the musicians alike an “in” with the listeners as it proves difficult to not find yourself at least slightly bewitched by the song’s atmospheric roll. “Touch Me” is some R&B soul brilliance, perhaps one of the album’s songs that might get unjustly obscured in the flood of this album’s creativity, but it elicits one of Brooks’ more inspired singing performances, full of zest and fire. “Listen to the Music” and “Rainbow of Love” illustrates her stylistic range, as well, as the former song is a legitimate stab at adult rock radio while the latter is more of a self-conscious experiment with a reggae or island-style of music. “I Like to Rock and Roll” has more of a golden oldie, straight-forward 4/4 snap to it than any guitar heroics and makes for a pleasant enough entertaining diversion late in the album. One of the last major musical works on The Soul of Rock ‘n’ Roll comes with the definitely theatrically minded “Coming Home – A Soldier’s Story” and Brooks takes this potential clichéd material, often depicted before in the arts, and tugs hard on our heart strings thanks to her artistic control and unrelenting humanity. The musical backing is ideally tailored to carry this off here and throughout The Soul of Rock ‘n’ Roll. Kathleen Brooks’ efforts have paid off with one of the most powerfully creative collections of pop music released in recent years and it surges with the vitality of a young artist while imposing the mastery of a mature artist over the material.