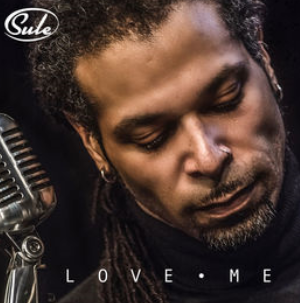 The background of Sule is not an easy thing to nail, but his new single “Love Me (Country Swing)” goes far in changing that if you get good wind of it and let the rest follow you back into his roots. There’s some information to be found for readers, it’s limited to his short but sweet bio, here is a part: Having completed many tours of duty as a musical mercenary for acts such as Lionel Richie, Sky and Corneille, opened for legends like Celine Dion, Kool and the Gang, Sean Paul and Akon, and reached the quarter finals on La Voix (Quebec Canada’s installment of The Voice) Sule is now ready to lock and load under his own banner.

His list if influences also include: Classic Rock and Folk Rock of the 70s and 80s, acts like Led Zeppelin, Neil Young, The Police and Jimi Hendrix had a preliminary influence. A healthy diet of everything from Marvin Gaye and Prince to Miles Davis, Louis Jordan, B.B. King, and George Benson helped to round things out. For Sule breaking musical boundaries is only natural. This Cross pollination can be heard on his two studio albums “The Fall”, “Alive” and singles. His skills go all over the map from his killer soulful vocals to banjo and other instruments, primarily guitar.

There’s a northern ambience to his music and sound, including the vast assortment of covers to be found by him. But “Love Me (Country Swing)” keeps more of a southern vibe to it, and maybe that’s a good challenge for him, but if it is, he passes his own test with flying colors. But you’ll have to hear it all for yourself when you either pick this track up at the nearest online outlet or stream his audio and video content. Let’s face it, that’s the way to quick find an artist best these days. It’s not all getting into the bricks and mortar shops unless the artist is always touring and that’s not an opinion. Find him online.

This is more of a ballad, but you will also find that he rocks too, and can freely move between the genres to suit his audience of which he plays to on a regular basis according to his bio. If video is more up your alley, you’ll be glad to find the promo for “Love Me (Country Swing)” is n excellently produced little gem as much as the song itself, and that’s a perfect outcome between the two. It just depends on how you get your music but be sure and check out the video. It’s also important to hear the track first, then you’ll know if more time is in-order for him or not. You’ll most likely rest on the latter if this review helps any.

His picking is delicate but sharp, and his vocals perfectly match the subtle lines he sweeps as he plays on his banjo on this song, which can be seen in live performances of the song.  It also helps to check that out as well, to hear how it translates so very well to the stage. It will seal the deal on this track, so it is some of the best advice to be given on-the subject of Sule. But getting back to the track itself, it’s doesn’t need any bells and whistles, and comes off just as nicely when stripped back a little on stage, but it’s best to actually-know the song first. Don’t walk to Sule, run fast to “Love Me (Country Swing)” and you’ll find the rest.