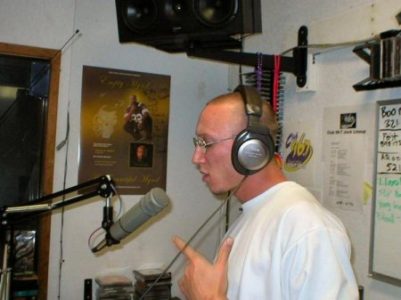 “Official” is the new single from rising Southern California talent Michael Capshaw, aka Cap, took a circuitous route into the music world, but it’s always been percolating through his blood. His youthful passion for the art experienced a temporary hold when Capshaw opted to join the military for a couple of years before returning to the country and beginning his musical career in earnest. He’s already experienced some commercial success overseas, appeared in music videos, and has four solo albums already under his belt. “Official” has the spark of new territory for the performer and likely represents one of the key cuts from his forthcoming fifth solo release Scorpio. Cap has a clear creative vision for his music and lyrical daring to bring off its potential without sacrificing anything in the process. Likewise, it has strong commercial appeal without ever pandering to its target audience.

He succeeds at that through the singular nature of his creative vision. There’s no one on the scene today who sounds quite like Cap and those unique qualities extend to every facet of his performance. The singing and lyrical content is, obviously, the focal point of the performance. Cap has unerring instincts for two facets of his singing – conforming his voice to the sound of the instrumentation and bringing different vocal styles together without any jarring incongruity. Cap’s voice and the song’s guitar work strike up a particularly resonant relationship and his “straight” singing plays off exceptionally well against the hi influenced passages in the song and he proves equally adept at convincing performances. It’s no small achievement. The apparent ease of his transitions, both for himself as a performer and the listener, sets him apart from an ever crowded field. The phrasing for his vocal performance, likewise, will impress many because of the deep feeling he invests in each line. It makes this lyric, and song as a whole, come alive in unanticipated ways.

There are a variety of musical elements powering the song, but the inclusion of beautiful guitar work gives the song unexpected excellence that the supporting instruments ably support. The strength of the song’s production is highlighted by the sound of its guitar – warm, clear, and intimately positioned in the listener’s hearing range so that it comes across as being played in close proximity. The song has a live quality despite the obvious overdubs that likely went into its production and never asks too much of the listener’s attentions with its running time just over the three minute mark. Cap’s “Official” has a strong personality and musical pedigree that sounds born from passion and conviction rather than some empty desire for fame alone. It’s his best single yet and pours on the momentum for this talented artist to experience a wildly successful 2018. Southern California will not be able to hold him much longer and he’s well on his way to achieving the global prominence he rightly deserves.