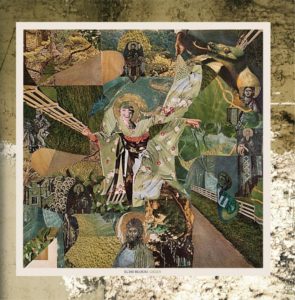 Over the past 10 years, Echo Bloom has been putting out an eclectic mix of styles, with a reliance on strong melodies and significantly expressive lyrics being the common threads that run through each record. Their fourth and latest, Green is the final in the trilogy of color-themed albums that each focus on different styles. While Blue pulled in more folk influences and Red a more traditional rock theme, Green mixes a roots-ier Americana with pop/rock, for an update on the Gin Blossoms and BoDeans sound.

The album starts off fairly slow but picks up by the fourth song with the impressive Harry Nilsson-like “Cecil DeMille,” and for the most part keeps up the momentum. The band’s softer songs are never a match for the more inspired, up-tempo tracks like “Song For Steven” or “Love And Superglue.”

Over all, Green manages to outshine the band’s previous efforts and speaks well for what’s likely to come.