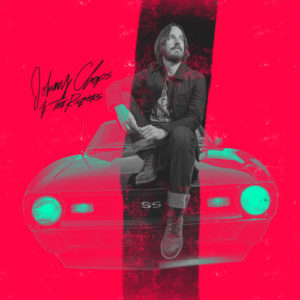 Johnny Chops’ new album Johnny Chops & The Razors begins with Believer, an emphatic blues-rock track that deftly brings together country, rock and a hint of psychedelia tinge. The resulting effort is catchy, musically intense, and stands up easily to repeat plays. A lush production on this releases ensures that each element is able to shine on its own or as contributing to a larger whole.

I Just Want To Make Love To You, a single featuring the incomparable Brandy Zdan, is an effort that deserves country radio rotation. The back and forth between Johnny and Brandy builds upon the rich male/female duet tradition while having sizzling guitar lines, splashy drums, and a beat that will tattoo itself deep into the minds and hearts of listeners.

When It Comes To You slows things down. This cut is a must-listen for anyone that wishes to fully understand Johnny Chops. The rising and falling momentum refreshes 1950 rock and rockabilly in a way that speaks to an entirely new generation.With just a bit of surf that makes its way into the track, the momentum of Johnny Chops & The Razors is able to remain high.

Only When You’re Breathing is one of our favorites on this release. The intensity of the arrangements and driving tempo is unparalleled here with the climax coming in at the 3:20 mark.

A late-disc track, Taking A Chance On Me (featuring The Gospel Starz) is cool and classy. The charisma of Johnny Chops works well with the more sound of the instrumentation; the bit of soul, blues and R&B here refreshes the album considerably and fans move into the release’s final few compositions.

Top Tracks: I Just Want To Make Love To You (ft Brandy Zdan), When It Comes To You