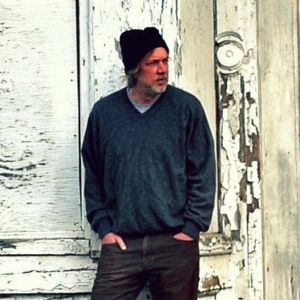 Keith Morris’ teaming with the band Crooked Numbers has produced an indelible musical work embodying the Trump era of American history with Psychopaths & Sycophants. The ten song collection, however, has the lasting effect of music for all time, rather than limited to its historical context, and Morris’ superior talents as a songwriting allow him to bring something profound of himself to bear on the outcomes for these tracks. The album is bookended by two Leonard Cohen songs, late tracks from the legendary Canadian poet’s discography, and Morris takes on these songs with every bit of the brio and discernment they deserve. His own songwriting rests easily sandwiched between these Cohen penned efforts and the accompaniment from the Crooked Numbers is ideally suited to both Morris’ vocal skills and songwriting vision.

His rambunctious cover of Leonard Cohen’s “The Future” gets Psychopaths & Sycophants off to a rollicking start and Morris obviously savors the opportunity to tackle Cohen’s lyrics. He makes the performance crackle. The band blissfully wails away on a classic rock romp led, largely, by the spot on drumming and vivid organ contributions. “What Happened To Your Party?” illustrates why Morris’ method of tackling topical material with this collection isn’t in error. He and the Crooked Numbers pay every bit as much attention to uniting his lyrical broadsides with evocative musical arrangements that are never perfunctory – instead, they demonstrate that his collaborators are among some of the best musicians working professionally today. “Thousand Mile Stairs” opens with a smattering of organ played off against some tentative guitar work before the drumming comes in and the song begins in earnest. Morris takes on a Dylan-esque tint with some of his vocals while, in other places, his singing may put one in mind of David Baerwald of David + David and solo fame. His mix of straight forward singing and spoken word delivery clearly has antecedents in music history and what he lacks in classical vocal beauty is compensated by the presence of some stellar backing vocals throughout the release.

The album’s title song has a near smooth jazz arrangement and an affected, but still potent, vocal from Morris. The dexterity shown by the Crooked Numbers to dispatch a number of musical styles while sounding convincing at every turn certainly serves Morris well with these tunes – in the hands of a lesser band, they may have fallen flat. “Canebrake” is another of one of the album’s more intimate moments and the presentation underlines that without ever being over wrought. One cannot help but admire how the production frames Morris’ voice throughout the release in such consistent balance with the surrounding music and occasional vocal contributions from others. The vocal arrangement for this song is especially well done. “Charlottesville by Name” definitely takes the moral high ground with its point of view, but Morris never throws it in the listeners’ face in some sort of strident way – instead, it’s an achingly human point of view and the delicate musical arrangement, with its glistening piano, and the eventual addition of drums gives this steady, but carefully modulated weight. His final cover of a Leonard Cohen song, “In My Secret Life”, is another culled from the second half of Cohen’s career and tampers a little more with the original than we heard from the album’s opener. His vocal is more relaxed, less urgent and self conscious, and instead audibly wallows in Cohen’s well honed poetry. The album is full of moments like this – rarely has the personal and political mixed so well as they do on Psychopaths and Sycophants.