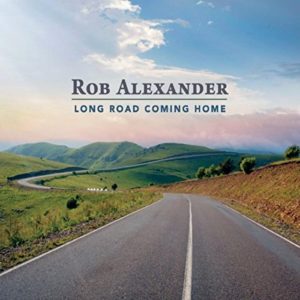 Forget the Super Bowl, if you can figure out a way to predict who is going to dominate Top 40 radio in the next decade, you’re going to be one incredibly rich individual. It’s true, there is perhaps no other facet of pop culture as totally and unreliably volatile as popular music. Society’s taste in music changes a lot faster than its taste in politicians or trite sitcoms, and when we’re done listening to something, we’re really, really done listening to it. Sure, Van Halen kept making records in the 90s, but can you name any of them? In that same sense, when we’ve found something special, something truly unique and awesome, then we run with it, blow it up into larger than life status and allow it to shape a big part of the culture that we live and work in every day. Florida’s own Rob Alexander wants a part to play in the grand theater that is pop music, and he’s doing a great job and placing his stake and marking his territory with his new single, “Better Than That,” from his debut album Long Road Coming Home. The message behind this offering to the masses? Repetitive beats of overproduced hip hop acts and auto-tuned pipes of plastic stadium singers be damned; here’s music that can make us feel something again.

Love songs, regardless of their stylistic origins or context of genre, make for the most consistently marketable theme in the music business. Whether we’re singing about how glad we are that we’ve found that missing piece of our hearts, lamenting losing it, or wondering how to even find it in the first place, love songs create a special relatability for listeners that is recession-proof for one simple reason; everyone, and I mean everyone, wants to be loved. I don’t think that Rob Alexander was thinking about the marketability of a track like “Better Than That” when he sat down and penned it, but what’s exceptional about the song isn’t just its highly relatable subject matter or extremely catchy chorus; it’s the fact that Alexander earnestly and endearingly makes us believe in love along with him when he sings. The lyric “Some loves comes, some love goes, I guess it’s just whatever flows” in the opening stanza sounds like a ringing echo through the deserted Canyonlands of loneliness. Indeed, like the Top 40, love is desperately unpredictable to a fault, and Alexander’s demand for a better, higher kind of intimate relationship is like a rallying cry for all of the solitary people of earth.

Much like Billy Joel’s The Stranger, Long Road Coming Home dives right into the pool of reflective self-examination, but doesn’t fall into overly indulgent pity and megalomania. Rob Alexander is focused on crafting complete songs that don’t focus exclusively on one aspect of his artistry, instead allowing the audience to experience all of the colors and diverse accents present in his delicately woven stories. If he’s able to keep up with the pace of momentum that “Better Than That” is creating for him, I have no doubt that he will become a fixture of the pop charts for a long time to come.