Antminers- What are they and What the Best Ones? 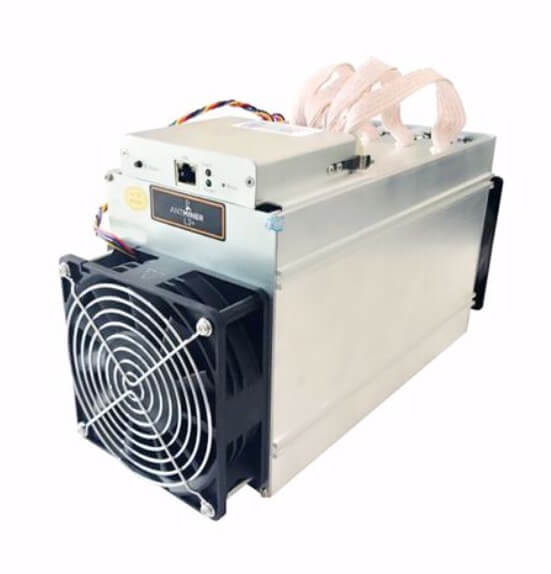 If you have considered mining cryptos, chances are that you will buy an Antminer ASIC machine. Founded in 2013, Bitmain is the company behind the famous and successful Antminer series. Learn everything about the company and the products they offer below. Bitmain is a Beijing-based cryptocurrency ASIC machines’ manufacturer. Launched in 2013, the company is owned by its two founders: Micree Zhan and Jihan Wu. Bitmain has offices in Switzerland, the Netherlands, Israel, US and in several cities throughout China.

When the company launched, there was a lot of doubt regarding its legitimacy. Bitmain’s founders avoided the media but they later offered interested investors the opportunity to tour their factories.

Bitmain categorizes their machines based on mining algorithms or based on the names of cryptocurrencies. SHA256 Antminers are ASICs named after the mining algorithm used to mine Bitcoin, Peercoin, Bitcoin Cash and more top coins.

SHA256 are characterized by high hash rates, high energy consumption, and high prices. The most popular SHA256 miner is the Antminer S9, a profitable bitcoin miner since late 2017. Packing a hash rate of 14TH/s, 16-nanometer mining chips, and a lightweight design, the S9 is the most profitable bitcoin miner from the company. Read the full review of the ASIC at, https://www.abitgreedy.com/antminer-s9/.

Litecoin is arguably the third most famous cryptocurrency after bitcoin and ethereum. The Litecoin network was developed to improve bitcoin’s speed. But instead of using the SHA256 for Litecoin mining, its developer used a Scrypt-based algorithm.

Bitmain’s Antminer X3 was the most popular CryptoNight miner prior to the recent Monero fork. Since the fork, the X3 was made redundant and its profitability fell from an incredible $250 per day to a dollar a day.

Thanks to a steady growth rate, DASH has been attracting a lot of attention from miners since its launch. The cryptocurrency uses a unique X11 mining algorithm. The algorithm constitutes 11 algorithms combined.

Dash miners have the option of using computer GPUs or purchase an Antminer D3 from Bitmain. The D3 is relatively inexpensive at $310 but is almost unprofitable if your electricity bills cost above 0.15KWh.

There have been rumors that Ethereum is considering a fork that would make ether coins ASIC redundant. However, there is no exact date as to when this will ever happen. At present, Bitmain went ahead to make an Antminer for ethereum, hoping risk takers would purchase it.

Buying an ASIC for ethereum is a risk because should the supposed fork happen, it will become useless. The Antminer E3 is the preferred ethereum miner. It costs slightly more than $1850 and would take more than 450 days to pay back your investment.

Currently, Bitmain only ships one Antminer designed to mine Blake coins and Siacoin: Antminer A3. The ASIC machine packs a hash rate of 815GH/s, 180 chips and power consumption worth 1200 watts. The machine costs roughly $450.

Bitmain aggressively manufacturers ASICs for all popular coins, including those designed to resist ASICs. Zcash, utilizing a mining algorithm known as Equihash, was developed to resist ASIC mining. Like Monero, the coin wanted to decentralize its mining network to favor CPU and GPU miners.

With the Antminer Z9, Bitmain shows its ingenuity in developing ASICs and perhaps some arrogance for killing the spirit of decentralization through its monopoly. The Z9 Antminer is yet to be shipped, but Bitmain has been on a marketing campaign, asking users to make preorders.

Apart from making ASIC machines, Bitmain also manufactures power supply units. PSUs are important components in ASICs as they help convert AC power into DC power usable by the ASIC parts. The latest PSU from Bitmain is a supply unit compatible with the Antminer S9 and Litecoin miners. It costs a little over $100 and handles a maximum of 1200 watts.

Antminers – are they Worth the High Prices?

Bitmain has often been criticized for its monopoly in the crypto mining business. For an industry created to avoid monopoly and promote decentralization, Bitmain does the opposite. It controls more than 80% of ASICs in circulation. The company’s closest rival, Halong Mining, only sells a few types of ASICs.

The main reason people invest in ASICs is to profit from cryptocurrency mining. Bitmain manufactures their ASICs with hopes they can remain profitable long enough to pay you back. Among their bitcoin miners, the Antminer S9 is still profitable. The company’s Litecoin and Dash miners are also profitable.

However, it’s worth noting that the profitability of ASICs changes. An ASIC is more profitable if it’s superior to all other miners in the market. If competition increases, the ASIC becomes unprofitable. That’s the biggest shortcoming of many Antminers. While they may be profitable for a while, you can’t be certain they will pay you back.

ASICs are highly energy consuming, and the Antminers are no different. The average Antminer machine consumes at least 800 watts of power. This way, only miners with free or extremely low electricity costs should consider purchasing the machines.

Although Bitmain enjoys monopoly in the mining industry, their ASICs are reputable. The ASICs tend to last for long even where they become unprofitable. Bitmain also offers good customer support. They don’t provide refunds though.

Antminers may be the only option you have when you decide to invest in cryptocurrency mining. Depending on the coins you decide to mine, the ASICs could cost you between $300 and $2000.

Take time to research about any Antminer you consider buying. Mining difficulty changes fast. Only purchase a machine with prospects of remaining profitable long enough four to get back your money and at least make extra profits.