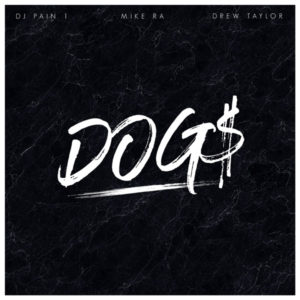 “I’m so proud of my dogs, I don’t care if I’m not what you thought” Mike Ra announces in his single “Dogs,” out now courtesy of the masterminds behind DXB Studios. In a slowly unfolding chapter play of verses that swing and slide along the lines of Desiigner without the glaze of neo-G overproduction. I hear a lot of Future and early Young Thug when I listen to Mike Ra, but at the same time, I feel like there’s something so uniquely refined about his style of rapping that comparing him to other artists (especially American ones) seems a little unfair to both parties.

Everyone who pursues a career in the arts wants to sound a little different than everyone else around them. Sure, wearing influences on your sleeve can be a wonderful homage to one’s roots and background, but who ever wanted to be compared to someone else, or worse, someone else’s archaic recordings of the past? I could try and compare Mike Ra to a litany of rap artists that you’ve heard in the past, and try to sell you on the idea that his work is similar to whatever you’ve fallen in love with on the radio, but wouldn’t that all be a little silly? The best part about discovering new music is being able to bask in the glory of knowing that you’ve found something that is totally different than what anyone else is doing, and if you’re of the hipster persuasion, knowing that you’ve found something that no one else has discovered yet. If you’ve been around the Toronto rap scene lately, Mike Ra and his new track “Dogs” aren’t anything new, but if you’re a part of the American hip-hop community south of the border, this is quite the find. And now is the chance to get in on the ground floor of Mike Ra’s platting.

One thing I would have probably done differently if I were in charge of mixing the finished product that is “Dogs” would have been to emphasize this killer bassline a little bit more than what we end up with. There’s a smoky quality to this song that reminds me of classic black and white movies where you don’t need complete Technicolor to appreciate all of the varied textures and elements that make each of the scenes particularly piercing. And just like a movie, each of the carefully arranged tones in “Dogs” feels like an individual character with a story to tell. As if to try and steal our attention away from the competing sounds, each one of these minutiae exemplifies a shade of color that Mike Ra has to offer us in his work, and if you spend enough time looking closely, the abundance of tones can be almost overwhelming to process. All of that withstanding, you don’t have to be an arts expert to be able to get into “Dogs” and embrace its almost avant-garde sense of self-exploration. What you do have to have is a sense of adventure and a craving for originality, which I’ve found tends to come standard to today’s music enthusiast.