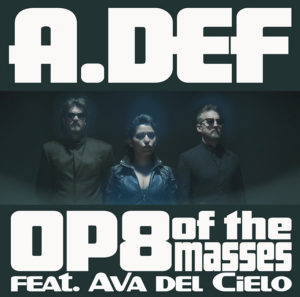 A.Def begins their new single OP8 of the Masses with intricate word flow influenced by Tech N9ne, The Lonely Island and Twiztid. The intensity of the rap is paralleled nicely with the sultry vocals of Ava Del Cielo and a set of strings and booming drums that play behind the vox. OP8 of the Masses is a banger that stands up to repeat plays. The lyrical content works in the content of the single, but we think that A.Def’s subsequent efforts will further ratchet up the fire that is encountered on the track.