Amanda Shires – To The Sunset (CD) 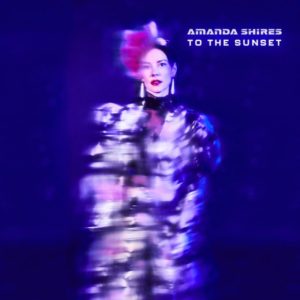 The fiddle-playing singer/songwriter may have started out with The Texas Playboys, before moving to Jason Isbell’s backing band, but proves her proper place is in the spotlight, in front of the mic.

To The Sunset is a big step away from her earlier, more traditional Americana/folk efforts, taking her music to the rockier edges with louder guitars and more confrontational vocals. The album starts off with some of her softer, calmer fare, but halfway in she finds the gas pedal and tears it up with the gloriously raucous “Eve’s Daughter,” followed in quick succession by the equally satisfying “Pop the Champagne” and “Take on the Dark”. Shires allows you to catch your breath on “White Feather” and “Mirror, Mirror,” before ending with the emotionally-charged “Wasn’t I Paying Attention?”.

Shires, always an impressive songwriter, continues the trend with her knack for creating stirring, compelling character studies over the course of just three-minutes tacking everything from self-esteem to addiction and mental illness.

Her husband, Isbell, plays guitar throughout alongside David Cobb, pulling double duty on bass, while simultaneously producing. To The Sunset is an impressive contribution from one of Americana’s best kept secrets… but likely not for long.