Morne – To The Night Unknown 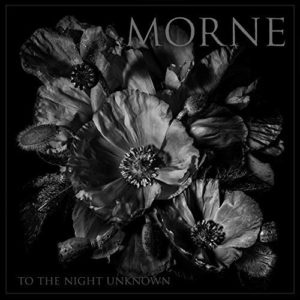 Doom metal is usually a miss for me owing to a slew of bands devolving into a formulaic trudge through molasses of mediocrity. But ever so often, there comes a piece of music so gargantuan and animalistic that you cannot help but get excited. The fifth release To The Night Unknown by Boston doomsludgers Morne released on Armageddon Records and the first to be released on the band’s own eponymous Morne Records is one of those works.

Five years after the release of their previous record Shadows and with four other albums under their belt, Morne are not wet behind the ears runts who feel the need to prove their worth, yet even after years between releases, the musicianship shown on To The Night Unknown by this Boston quartet projects the energy of a much younger group. Even though they adhere to many of the stereotypes we are well-versed with in doom and sludge, such as songs that rarely go shorter than six minutes, with long transitions, and repetitive musical arrangements; Morne makes these burdens look effortless, making seven-minute long opuses sound as fresh as radio-friendly counterparts that rarely cross the four-minute mark. The twelve-minute beast Not Our Flame serves as prime example of this fact, being the longest track of To The Night Unknown. Not Our Flame is remarkably cohesive, and surprisingly fresh, switching riffs and tempos before the listener finds any section tiresome. The elephantine mid-section of the track stays with you hours after listening to it, and any arrangement that can do that automatically jumps to the head of the line.

These memorable parts are in no small part a look into the genius that are the guitarist/frontman Milosz Gassan who has tapped into what makes songwriting more than stitching together a shabby crochet of disconnected riffs and shows his veteran status by focusing on creating themes and landscapes with his guitar lines making sure they are expansive, giving the entire record a lumbering sense of foreboding. This sense of dread is only magnified by the prominent bass parts written by Morgan Coe and cemented by mid-paced thunderous drum parts arranged by Billy Knockenhauer. Lead guitarist Paul Rajpal adds layers to the landscape created by Gassan which takes an already solid release like To The Night Unknown and adds enough flair to make it one of the best releases of 2018. Scorn has a melodic tremolo-picked riff that is noticeable from a mile away and is repeated just enough to become an earworm, so much so that I found myself humming it back to myself the next day. The bleak raspy vocals, buffed low-end mix and guitar/bass tones, and ambient noise interludes between tracks weave the songs together into a tapestry of tenebrae, and scattered keyboard layers add dark melody to the mix, providing a perilous backdrop for the guitars, bass, drums, and vocals to work their magic.

Make no mistake, To The Night Unknown is a long record clocking in at about seventy minutes, and it is abrasive enough to not be palatable to everyone, but to those who appreciate textures and expanse in their metal, Morne has perfected their craft with this record. To The Night Unknown is a coherent mosaic that transcends the trappings of a single genre to become something more than a sum of its parts.

Favorite Tracks: Scorn, Not Our Blood, Night Awaits The Dawn.