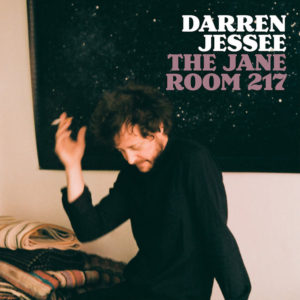 For a guy who’s better known as the drummer behind less-than-mellow folks like Ben Folds and War Against Drugs, Darren Jessee can certainly lay down a mellow vibe.

On “The Jane Room 217,” the follow up to the four Hotel Lights records (essentially Jessee under a different alias), the drummer turned front man lays out nine beautiful, lyrically confessional acoustic tracks that manage to track near the Bright Eyes/Neutral Milk Hotel indie folk sound. Not bad company to be in.

While Hotel Lights could never be called raucous, in comparison, “The Jane Room 217” is a much quieter record, accentuated at times by light orchestration, but little else than an acoustic guitar. It also happens to be the perfect vehicle to showcase Jessee’s lyrics, that can’t help but take center stage here. Songs like “Dying Violins” and “Go On Baby Break Down” are almost heartbreaking in their starkness.

For a guy raised on Leonard Cohen records, Jessee manages to beautifully capture the loneliness and beauty in that sparse sound with this latest album.