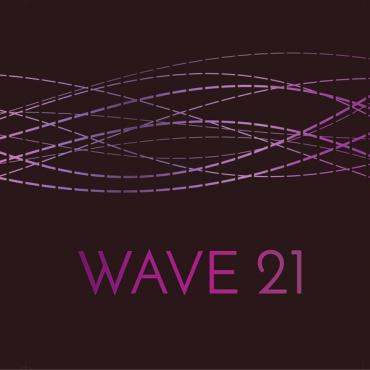 The country rock tradition remains one of the more satisfying vehicles for me to hear thanks to its abiding quality for speaking to the listener in straight-forward, yet often affecting language. It is usually music full of universal experiences, wears its influences on its sleeve, and makes the form its own. The young Canadian country rock band Wave 21 has a rich musical lineage; Longtime member of Men Without Hats Stefan Doroschuk’s daughters Mary-Lynn and Emmy-Lou Doroschuk are, respectively, lead vocals/acoustic guitar and vocals/keyboards. Stefan joins them on this album playing bass, contributing backing vocals, and even memorably adding violin. They are, as well, the songwriting tandem behind the album’s ten songs, but the contributions of many fully realize the self-titled album’s potential; among them, legendary drummer Kenny Arnoff, Simon Beaudoin, drummer Harry Stinson. They are definitely carrying on in a fine tradition and the performances fulfill every bit of my aforementioned requirements for this genre.

The melodic strengths of the album are obvious with the first song. “Ya Ya Ya” runs three and a half minutes long and has an instantly catchy, slightly loping rhythm. Some might see the song title and hear the track’s reliance on that refrain and feel a certain sense of dread, but this is just an intensely musical ride with a genuine upbeat mood. Nick Rivera’s guitar work is pure country rock with a dollop of blues. “Here We Go” has an insistent bounce and another scat singing refrain of “la la” accompanying the chorus, but there’s also other crucial differences. Wave 21 foregoes much electric guitar presence on this track in favor of a bright acoustic jaunt maintaining an even pacing throughout. The chorus is particularly strong and reaches such heights with that crescendo it qualifies the tune as one of the album’s strongest tracks – and certainly among its most commercial.

Rivera’s piercing electric guitar opens “Love Shouldn’t Make Me Cry” before the song settles into sensitively rendered acoustic based verses. Much like the aforementioned tune, “Here We Go”, Wave 21 builds this track to an eventual payoff when they hit the bridge, but it’s modulated. The band’s restraint is more than admirable and Stefan Doroschuk’s bass playing shines throughout. “The Fun Times” pulls back from the near cinematic qualities of the previous song and Rivera’s guitar playing brings vivid color to the tune. Stefan’s bass playing, once again, adds some key dramatic touches to this track. It’s a potently mature bit of songwriting. The violin playing of Stefan Doroschuk comes out near the album’s end with the song “Catch Me”,, another deeply felt ballad that’s, essentially, another mature but  intensely romantic example of the sister’s songwriting. The briefest tune on the self-titled debut “Set Me Free” has some lightly applied echo on the vocals helping to give it a pleasing traditional air. The exultant quality of another scat refrain puts an exclamation point on this track. What a debut. Wave 21 are at the top of a new wave, for sure, entrusted with taking this music into the future while making it their own however they can.